Time in Gasa is now 06:11 PM (Thursday) . The local timezone is named " Asia/Thimphu " with a UTC offset of 6 hours. Depending on your budget, these more prominent places might be interesting for you: Sylhet, Rajshahi, Trongsa, Thimphu, and Tamji. Being here already, consider visiting Sylhet . We collected some hobby film on the internet . Scroll down to see the most favourite one or select the video collection in the navigation. Check out our recomendations for Gasa ? We have collected some references on our attractions page.

Introduction clip of Tibetan Monba, a rarely explored ethnic group in China. Only 2 filming crews have visited there so far. The official release of this documentary film is not yet announced. ..

Gasa Dzong or Gasa Tashi Tongmön Dzong near Gasa is the administrative center of Gasa Dzongkhag (district) in the northwestern region of Bhutan. The Dzong was built in the 17th century by Tenzin Drukdra the second Druk Desi over the site of a meditation place established by Drubthob Terkungpa in the 13th century. The Dzong was constructed as a bulwark against attacks from the north and named Tashi Tongmön Dzong. Later it was expanded by the fourth Desi, Gyalse Tenzin Rabgye.

The Jigme Dorji National Park, named after the late Jigme Dorji Wangchuk, is the second-largest National Park of Bhutan. It occupies almost the entire Gasa District, as well as the northern areas of Thimphu District, Paro District, Punakha, and Wangdue Phodrang Districts. It was established in 1974 and stretches over an area of 4316 km², thereby spanning all three climate zones of Bhutan, ranging in elevation from 1400 to over 7000 meters. 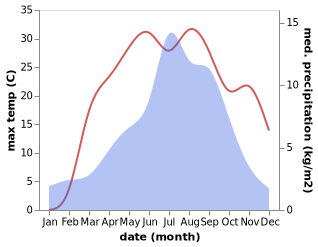