Current time in Kermanshah is now 01:55 AM (Thursday) . The local timezone is named " Asia/Tehran " with a UTC offset of 3.5 hours. Depending on the availability of means of transportation, these more prominent locations might be interesting for you: Vakil Aqa, Kahriz, Shahrak-e Sadeqiyeh, Karbala, and Baghdad. Since you are here already, make sure to check out Vakil Aqa . We saw some video on the web . Scroll down to see the most favourite one or select the video collection in the navigation. Where to go and what to see in Kermanshah ? We have collected some references on our attractions page.

The Arch of Paradise --SLIDESHOW--

Hajj Shahbazkhan Mosque (or Hajj Shahbaz Khan Mosque) is a mosque located in the Ojagh Crossroads of Kermanshah, Iran. The founder of Hajj Shahbazkhan Mosque is one of great ones of the Kalhor tribe, who in the Fathalishah reign gained the tribe’s Ghale beigy rank. He was a famous and valuable person in his era, and is held in great respect by the people in Kermanshah city. The mosque was built in 1235 AH.

Jeyhounabad is a city in Kermanshah Province, in the middle of the western part of Iran. It is 525 kilometers from Tehran. The city lies in close proximity to Mount Bisotoun, known for its rock relief in which Darius the Great, the Achaemenian King, had the narrative of his exploits engraved around B.C. 500. At the turn of the 20th century, Jeyhounabad, which was a typical village of clay houses, had about one hundred inhabitants. The main source of income was agriculture.

Moalem town is a town in north of kermanshah city in west of iran. 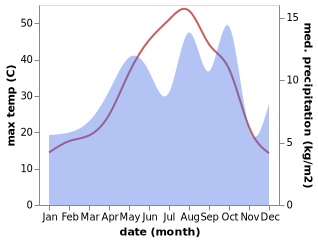