Delve into Kočevje in Slovenia

Kočevje in the region of Kočevje with its 8,841 residents is located in Slovenia - some 33 mi or ( 53 km ) South-East of Ljubljana , the country's capital .

Local time in Kočevje is now 07:19 AM (Monday) . The local timezone is named " Europe/Ljubljana " with a UTC offset of 1 hours. Depending on your mobility, these larger destinations might be interesting for you: Klagenfurt, Munich, Bratislava, Venice, and Trieste. While being here, you might want to check out Klagenfurt . We discovered some clip posted online . Scroll down to see the most favourite one or select the video collection in the navigation. Are you curious about the possible sightsseing spots and facts in Kočevje ? We have collected some references on our attractions page.

this is a quick tour of minecraft my city its my first videon and i hope that you will like ..

Cutting a fresh salted & naturly dried ham at my friends house in Slovenia. ..

The Rinža is a river of Slovenia. It is 14 kilometres long and flows through Kočevje. It is the main watercourse of the Kočevje Polje and it is a losing stream.

Kočevski Rog massacre was a series of massacres near Kočevski Rog in late May 1945 in which thousands of members of the Slovene Home Guard and their families, were executed by special units of the Yugoslav Partisans. They were thrown into various pits and caves, which were then sealed with explosives.

The Southeast Slovenia Statistical Region (Slovene: Jugovzhodna Slovenija statistična regija) is a statistical region in the south-east of Slovenia. The largest town in the region is Novo Mesto. It is the largest region in Slovenia. It has the highest share of young people (aged 0-14) with 15.8%. The population is on the increase due to a positive net migration rate as well as the natural increase. 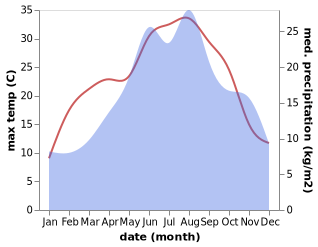