You are here: » » » Afyonkarahisar

Delve into Afyonkarahisar in Turkey

Afyonkarahisar in the region of Afyonkarahisar with its 146,136 residents is located in Turkey - some 147 mi or ( 237 km ) South-West of Ankara , the country's capital .

Local time in Afyonkarahisar is now 06:07 AM (Saturday) . The local timezone is named " Europe/Istanbul " with a UTC offset of 2 hours. Depending on your mobility, these larger destinations might be interesting for you: Nicosia, Uşak, Elpirek, Omuzca, and Kütahya. While being here, you might want to check out Nicosia . We discovered some clip posted online . Scroll down to see the most favourite one or select the video collection in the navigation. Are you curious about the possible sightsseing spots and facts in Afyonkarahisar ? We have collected some references on our attractions page.

We approach Afyon Karahisar, visible on account of the eponymous castle from a distance. After admiring the city's monument to interracial harmony, we climb through the small streets of the town towar ..

Afyon Kocatepe University is a state university in Afyonkarahisar, Turkey. It was established on July 3, 1992.

Afyon Airport is an airport located at Afyon, Afyon Province, Turkey. The airport is closed to civil air traffic, but operates as a military air base.

Gezler is a village in the District of Sinanpaşa, Afyonkarahisar Province, Turkey.

Kayadibi is a village in the District of Sinanpaşa, Afyonkarahisar Province, Turkey.

Afyonkarahisar Province, also called more simply Afyon Province, is a province in western Turkey. Adjacent provinces are Kütahya to the northwest, Uşak to the west, Denizli to the southwest, Burdur to the south, Isparta to the southeast, Konya to the east, and Eskişehir to the north. The provincial capital is Afyonkarahisar. It covers an area of 14.230 km², and the population is about 697,559 (2010 est). 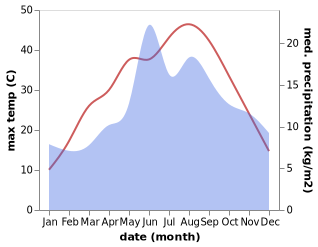