Delve into Rosario in Argentina

Local time in Rosario is now 06:03 AM (Tuesday) . The local timezone is named " America/Argentina/Cordoba " with a UTC offset of -3 hours. Depending on your mobility, these larger destinations might be interesting for you: La Plata, Ituzaingo, Buenos Aires, Salto, and Villa Parque. While being here, you might want to check out La Plata . We discovered some clip posted online . Scroll down to see the most favourite one or select the video collection in the navigation. Are you curious about the possible sightsseing spots and facts in Rosario ? We have collected some references on our attractions page.

Palacio de los Leones (Spanish, Palace of the Lions) is the name of the main municipal building of the city of Rosario, Argentina. The Palace is the seat of the executive branch of the municipal government. It is located at the corner of Buenos Aires and Santa Fe Streets, in front of Plaza 25 de Mayo (May 25 Square), and separated from the Cathedral by the promenade known as Pasaje Juramento (Oath Passage), which leads to the National Flag Memorial. The palace was built by architect G.

Cathedral Basilica of Our Lady of the Rosary

The Cathedral Basilica Shrine of Our Lady of the Rosary is a minor basilica and cathedral dedicated to the local Virgin of the Rosary, in the city of Rosario, province of Santa Fe, Argentina. It is the motherchurch of the Archdiocese of Rosario. The basilica is located on the oldest part of the city, at the corner of Buenos Aires St. and Córdoba St.

Palacio Vasallo is the seat of the Legislative Branch of the municipal government of Rosario, province of Santa Fe, Argentina. The building, designed by Alejo Infante and completed in 1911, is located near the National Flag Memorial, and has been the site of Rosario's Deliberative Council since May 18, 1951. It was donated to the city by notable surgeon Dr. Bartolomé Vassallo (who died in 1945), together with a collection of artistic works kept there.

The Parque de España (Park of Spain) is an urban complex in Rosario, Argentina. It comprises the park and a cultural centre, with a total surface area of 10,000 m², located near the historical centre of the city, on the coast of the Paraná River. The park follows the shoreline of the Paraná, with grass and trees, paved paths for pedestrians, and a large parking lot. 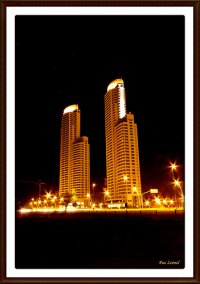 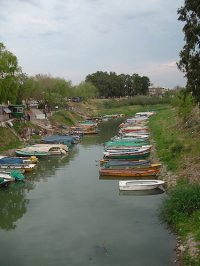 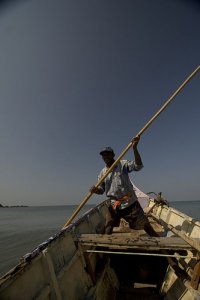 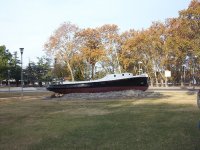 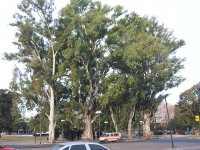 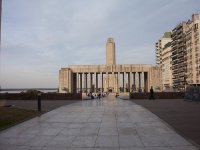 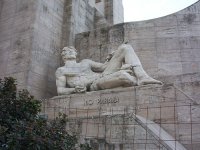 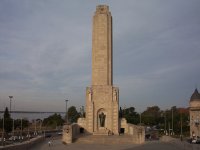 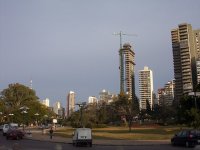 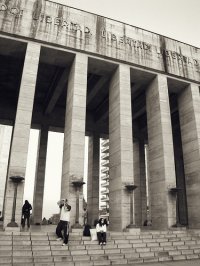