Local time in Seville is now 02:46 AM (Sunday) . The local timezone is named " Europe/Madrid " with a UTC offset of 1 hours. Depending on your flexibility, these larger cities might be interesting for you: Lisbon, Gibraltar, Torreblanca de los Canos, San Jeronimo, and Marbella. When in this area, you might want to check out Lisbon . We found some clip posted online . Scroll down to see the most favourite one or select the video collection in the navigation. Are you looking for some initial hints on what might be interesting in Seville ? We have collected some references on our attractions page.

Info: www.budgetplaces.com You will find the 1-star guest house Pension Virgen de la Luz in the Santa Cruz neighbourhood, just 10 minutes on foot from the Cathedral of Seville, a highlight for any vis ..

Info: www.budgetplaces.com Hotel Catalonia Giralda is a beautiful 4-star hotel in the lovely city of Seville, situated in the centre and only metres from the famous cathedral, La Giralda. Visitors of ..

www.budgetplaces.com Guest House Acueducto is a simple hotel located in the centre of Seville, within close walking distance from the main places of interest in the Andalusian capital, such as the Roy ..

Estadio Ramón Sánchez Pizjuán is a football stadium in Seville, Spain. It is the home stadium of Sevilla Fútbol Club. It was the venue for the 1986 European Cup Final between Steaua Bucureşti and Barcelona and the 1982 World Cup semi-final game between Germany and France. This stadium contains a singular legend: the Spanish national team has never lost a game against an international team in this stadium.

The Plaza de España ("Spain Square", in English) is a plaza located in the Parque de María Luisa, in Seville, Spain built in 1928 for the Ibero-American Exposition of 1929. It is a landmark example of the Renaissance Revival style in Spanish architecture.

The Casa de Murillo is a historical house in Seville, Andalusia, Spain, at number 8, calle Santa Teresa, in the historic Barrio de Santa Cruz. It was the home of the painter Bartolomé Esteban Murillo (1617–1682) in the latter years of his life. The building has two stories and a central patio with columns. A house museum was established there in 1972 and opened to the public in 1982, the tricentenary of Murillo's death. The museum attempted to recreate a 17th century ambience.

The Royal Tobacco Factory (Spanish: Real Fábrica de Tabacos) is an 18th-century stone building in Seville, southern Spain. Since the 1950s it has been the seat of the rectorate of the University of Seville. Prior to that, it was, as its name indicates, a tobacco factory: the most prominent such institution in Europe, and a lineal descendant of Europe's first tobacco factory, which was located nearby.

Santa Cruz, is the primary tourist neighborhood of Seville, Spain, and the former Jewish quarter of the medieval city. Santa Cruz is bordered by the Jardines de Murillo, the Real Alcázar, Calle Mateas Gago, and Calle Santa Maria La Blanca/San José. The neighborhood is the location of many of Seville's oldest churches and is home to the Cathedral of Seville, including the converted minaret of the old Moorish mosque Giralda. 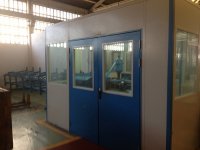 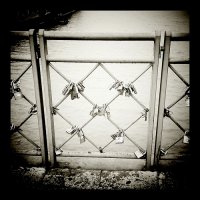 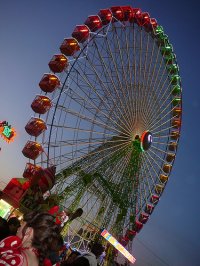 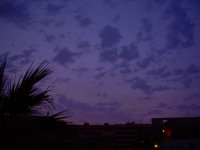