Gibraltar in the region of Gibraltar (general) with its 26,544 inhabitants is a town in Gibraltar and is the capital of this country.

Current time in Gibraltar is now 08:15 PM (Monday) . The local timezone is named " Europe/Gibraltar " with a UTC offset of 1 hours. Depending on the availability of means of transportation, these more prominent locations might be interesting for you: Lisbon, Seville, Palmones, Marbella, and Málaga. Since you are here already, make sure to check out Lisbon . We encountered some video on the web . Scroll down to see the most favourite one or select the video collection in the navigation. Where to go and what to see in Gibraltar ? We have collected some references on our attractions page.

Gibraltar video taken in may 2012 .Beautiful place to visit.Very unique and Iconic Airfild. Nice city.Best way to quick visit is take one of the excoursion from local seller,you visit main attraction ..

Recorded on July 5, 2010 using a Flip Video Camera. Heajin and I were vacationing in southern Spain. We were staying in a hotel half an hour outside of Malaga, Spain. We rented a car and took a day tr ..

A plane is landing at the Gibraltar airport. One of the most incredibly located airport in the world. There is a busy motorway running across the runway allowing cars to travel between Spanish city La ..

Gibraltar is a British Overseas Territory located on the southern end of the Iberian Peninsula at the entrance of the Mediterranean. It has an area of 6.8 square kilometres and a northern border with Andalusia, Spain. The Rock of Gibraltar is the only landmark of the region. At its foot is the densely populated city area, home to almost 30,000 Gibraltarians and other nationalities.

Banco Galliano was the oldest bank in the British overseas territory of Gibraltar.

The Moorish Castle is the name given to a Medieval fortification in Gibraltar, made up of various buildings, gates, fortified walls and its most dominant features, the Tower of Homage and the Gate House. Part of the castle itself also housed HM Prison of Gibraltar until it was relocated in 2010. The former is clearly visible to all visitors to Gibraltar, not only because of its striking construction but also because of its dominant and strategic position.

Operation Flavius was the name given to an operation by a Special Air Service (SAS) team in Gibraltar on 6 March 1988 tasked to prevent a Provisional Irish Republican Army (IRA) bomb attack. The IRA Active Service Unit's (ASU) members, Danny McCann, Seán Savage and Mairéad Farrell, conspired to detonate a car bomb where a military band assembled for the weekly changing of the guard at the governor’s residence.

Westside School or simply Westside is a girls' comprehensive school in the British territory of Gibraltar. The school opened in 1982, and was built in order to make available a better education to the students of the former Girls' Comprehensive School which had been then spread over three different sites. It was originally an amalgamation of four girls' schools: Loreto High School, St. Joseph's Secondary School, St. Margaret's School, and St. David's Commercial School. 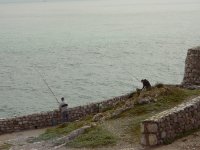 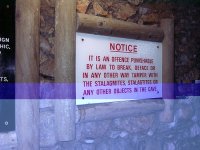 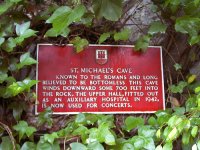 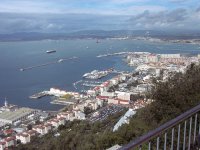 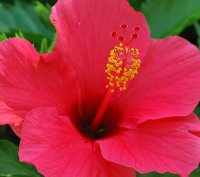 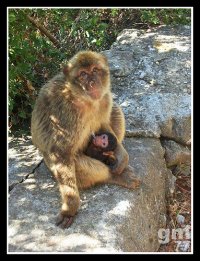 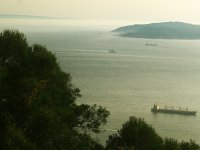 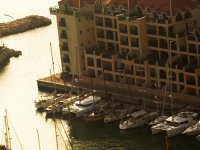