Local time in Cádiz is now 08:08 AM (Thursday) . The local timezone is named " Europe/Madrid " with a UTC offset of 1 hours. Depending on your flexibility, these larger cities might be interesting for you: Lisbon, Gibraltar, Seville, San Fernando, and Sancti Petri. When in this area, you might want to check out Lisbon . We found some clip posted online . Scroll down to see the most favourite one or select the video collection in the navigation. Are you looking for some initial hints on what might be interesting in Cádiz ? We have collected some references on our attractions page.

Recorded August 19, 2008. Cádiz is a city and port in southwestern Spain. It is the capital of the Cádiz Province, one of eight which make up the autonomous community of Andalusia. Cádiz, the oldest c ..

WELCOME TO THE KITESURF LESSONS

Track four from matt monaghan's new album 'the lost boundary' is based on the following incident: 'Last weekend a large group of zombies invaded the city of Cadiz in SW Spain, the cause was thought to ..

Second clip with the drift HD. Ignacio Morata and friends spending a nice day of summer in Cadiz. we skate the bowl in the morning, we jumped in the water before lunch and then we skated some street s ..

The Battle of Cádiz, fought in August/September 1702, was an Anglo-Dutch attempt to seize the southern Spanish port of Cádiz during the War of the Spanish Succession. The Andalusian city of Cádiz was the great European centre of the Spanish–American trade.

The Gran Teatro Falla is a theater in the city of Cádiz, Andalusia, Spain. It is located in the Plaza Fragela, facing the Casa de las Viudas and adjacent to the Faculty of Medicine of the University of Cádiz. Construction of the theater began in 1884, following plans by architect Adolfo Morales de los Ríos. It was based on the foundation of the previous Gran Teatro de Cádiz, a wooden building designed by García del Álamo and built in 1871, but which had burned in 1881.

More reading: Wikipedia Article
Located at 36.53 -6.30 (Lat./Long.); Less than 0 km away
Tags: Archaeological museums in Spain, Art museums and galleries in Spain, Buildings and structures in Cadiz, Museums established in 1838, Museums in Andalusia

La Caleta is a beach located in the historical center of the city of Cádiz, Spain. It is a natural harbor by which Phoenicians, Carthaginians and Romans penetrated historically. It is the smallest beach in the city, and is isolated from the others. Its main attraction is its location, a scene that has inspired musicians and poets like Isaac Albéniz, José María Pemán, Paco Alba, and Carlos Cano.

The Cárcel Real is a historical building in Cádiz, southern Spain, an example of Neoclassical architecture. 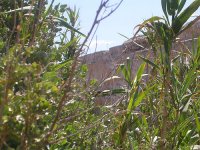 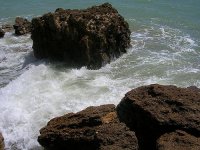 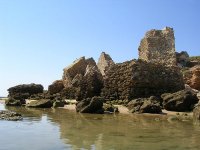 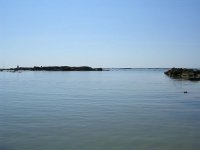 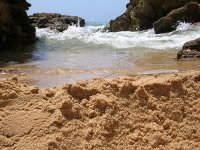 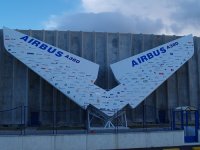 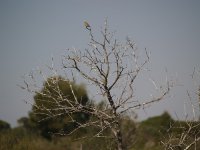 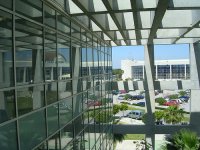