Current time in Málaga is now 09:22 PM (Friday) . The local timezone is named " Europe/Madrid " with a UTC offset of 1 hours. Depending on the availability of means of transportation, these more prominent locations might be interesting for you: Gibraltar, Torremolinos, Rincon de la Victoria, Olias, and Marbella. Since you are here already, make sure to check out Gibraltar . We saw some video on the web . Scroll down to see the most favourite one or select the video collection in the navigation. Where to go and what to see in Málaga ? We have collected some references on our attractions page.

Grupo Musical Calipso playing in the Malaga Feria 2010. This popular band was formed in Malaga year 2000 by some of the students of the Conservatory "Manuel Carra" and the ´Conservatorio Superior de M ..

www.budgetplaces.com Apartamento Centro Histórico is located in the historical centre of Malaga, right in front of the street which the horse drawn carts parade up and down during the Holy Week celebr ..

The Cathedral of Málaga is a Renaissance church in the city of Málaga in Andalusia in southern Spain. It is located within the limits defined by a now missing portion of the medieval Moorish walls, the remains of which surround the nearby Alcazaba and the Castle of Gibralfaro. It was constructed between 1528 and 1782, following the plans drawn by Diego de Siloe; its interior is also in Renaissance style.

The Museo Picasso Málaga is a museum in Málaga, Andalusia, Spain, the city where artist Pablo Ruiz Picasso was born. It opened in 2003 in the Buenavista Palace, and has 285 works donated by members of Picasso's family.

The Alcazaba is a palatial fortification in Málaga, Spain. It was built by the Hammudid dynasty in the 11th century. This is the best-preserved alcazaba in Spain. Adjacent to the entrance of the Alcazaba are ruins of a Roman theatre dating to the 1st century BC, which are undergoing restoration. Some of the Roman era materials were reused in the Moorish construction of the Alcazaba.

The Fundación Picasso, also known as the Pablo Ruiz Picasso Foundation, is a foundation based in Málaga, Andalusia, Spain with the objective of promoting and promulgating the work of the artist Pablo Picasso. They are headquartered in the home on the Plaza de la Merced that was his birthplace, now the Museo Casa Natal ("Birthplace Museum"), one of the world's many Picasso museums.

The Province of Málaga is located on the southern mediterranean coast of Spain, in Andalusia. It is bordered by the Mediterranean Sea to the South and by the provinces of Cádiz, Granada, Córdoba and Seville. Its area is 7,308 km² and its population is 1,639.127 (2012), which is concentrated mainly in the metropolitan area of Málaga, province capital, and throughout the coastal area. The population density surpasses both the Andalusia and Spanish averages, reaching 222.53 hab/km². 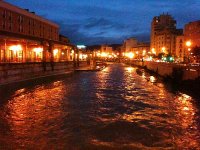 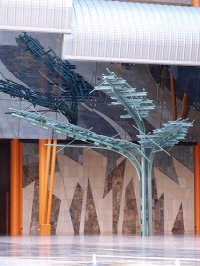 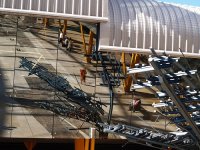 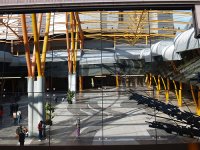