Delve into Praia in Cape Verde

Praia in the region of Praia with its 113,364 residents is located in Cape Verde and is the capital of this country.

Local time in Praia is now 09:42 PM (Saturday) . The local timezone is named " Atlantic/Cape Verde " with a UTC offset of -1 hours. Depending on your mobility, these larger destinations might be interesting for you: Vila Nova Sintra, Vila do Maio, Vila da Ribeira Brava, Tarrafal, and Sao Domingos. While being here, you might want to check out Vila Nova Sintra . We discovered some clip posted online . Scroll down to see the most favourite one or select the video collection in the navigation. Are you curious about the possible sightsseing spots and facts in Praia ? We have collected some references on our attractions page.

The crew of Hit and Run History heads to Cape Verde, hot on the trail of the Columbia Expedition -- the first American voyage 'round the world. We climb volcanos, drink grog and beat on dengue-ridden ..

São Filipe is a municipality on the island of Fogo in the Sotavento group of Cape Verde. São Filipe is linked with a highway that almost encircles the whole island of Fogo but it is inaccessible to the east by small narrow gravel stretch and a small road to Mount Fogo. Farmlands covers most of the area in the west, the central and the south, the rocky landscape with a few bushes and grasslands of Mount Fogo lies to the east.

Estádio da Várzea is a multi-purpose stadium in Praia, Cape Verde. It is currently used mostly for football matches. The stadium holds 10,000 people. The stadium has seat rows in the left and right sides and a small hill and a plateau lies to the west. The stadium is home to the three best football clubs in Cape Verde, Sporting, CD Travadores and another team that plays in the first division, especially the Santiago Island first division.

Francisco Mendes International Airport was an airport located on Santiago Island in Cape Verde. It was opened in 1961, and was named after African nationalist Francisco Mendes. It was located about 2 km east of central Praia in the southeastern part of the island of Santiago. In late 2005, the airport was deactivated, and replaced by the new Praia International Airport.

Praia International Airport is an airport located on Santiago Island in Cape Verde. It was opened in late 2005, replacing the old Francisco Mendes International Airport. It is located about 3 km northeast of central Praia in the southeastern part of the island of Santiago. At the beginning of 2012, the airport was named after Nelson Mandela, not without controversy. The first flight to the new airport was on October 23, 2005. 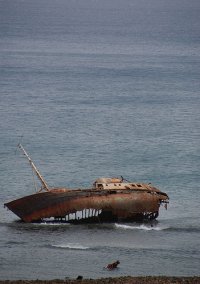 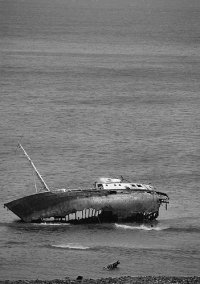