Time in Faya-Largeau is now 05:30 AM (Monday) . The local timezone is named " Africa/Ndjamena " with a UTC offset of 1 hours. Depending on your budget, these more prominent places might be interesting for you: Kerkeredanga, Koufi, and Amoul. Being here already, consider visiting Kerkeredanga . Check out our recomendations for Faya-Largeau ? We have collected some references on our attractions page.

The Bodélé Depression (also Bodele), located at the southern edge of the Sahara Desert in north central Africa, is the lowest point in Chad. Dust storms from the Bodélé Depression occur on average about 100 days per year (Washington et al. , 2005), one typical example being the massive dust storms that swept over West Africa and the Cape Verde Islands in February 2004. As the wind sweeps between the Tibesti and the Ennedi Mountains in Northern Chad, it is channeled across the depression.

The Borkou region is a region of Chad which was created in 2008 from the Borkou department of the former Borkou-Ennedi-Tibesti region the inhabited by Gouran Anakaza ethnic group of northern Chad. Its capital is Faya-Largeau. 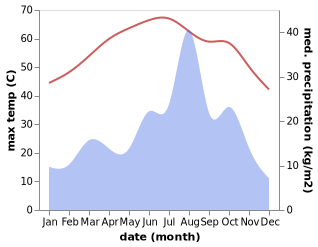