Santiago in the region of Metropolitana with its 4,837,295 inhabitants is a town in Chile and is the capital of this country.

Current time in Santiago is now 05:43 PM (Monday) . The local timezone is named " America/Santiago " with a UTC offset of -3 hours. Depending on the availability of means of transportation, these more prominent locations might be interesting for you: San Juan, Mendoza, Villa Alemana, Valparaíso, and Talca. Since you are here already, make sure to check out San Juan . We saw some video on the web . Scroll down to see the most favourite one or select the video collection in the navigation. Where to go and what to see in Santiago ? We have collected some references on our attractions page.

Available now! www.santarockstarhd.com ROCK THE CHRISTMAS! ------------------- Save christmas with the power of Rock!. Spread awesomeness across the world with a badass Santa playing rock covers of cl ..

O'Higgins Park is Santiago, Chile's second largest public park (Santiago's Metropolitan Park is the largest). It is located in the center of the capital, in the Santiago Commune. Measuring some 190 acres (770,000 m²), it is about a fourth the size of Manhattan's Central Park.

Fantasilandia is a Chilean amusement park. The park opened in 1978 and is located in a corner of the O'Higgins Park in Santiago, Chile. On January 28, 1978 the park opened for first time with only 8 attractions, including the "Galaxy" coaster, "Mansion Siniestra", "Ford T" and "Century 2000", among others. Over the years the park has replaced many of its classic rides with modern rides like "Top Spin", "Xtreme Fall", and "Boomerang".

The University of Chile (Spanish: Universidad de Chile) is the largest and oldest institution of higher education in Chile and one of the oldest in Latin America. Founded in 1842 as the replacement and continuation of the former colonial Royal University of San Felipe (1738), the university is often called Casa de Bello (House of Bello) in honor of its first president, Andrés Bello. Notable alumni include two Nobel laureates and twenty heads of state among many others.

Movistar Arena is a 15,000-seat multi-purpose indoor arena in Santiago, Chile. It is located inside O'Higgins Park, in downtown Santiago. Its main structure was built in 1956, but it remained unfinished until 1999 when the roof was completed. Buyer Peter Hiller opened it on April 15, 2006 as Arena Santiago with a seat-capacity of 12,000.

Universidad de Chile, is a station on the Santiago Metro in Santiago, Chile. It is underground, between the stations La Moneda and Santa Lucía on the same line. It is located on the Avenida Libertador General Bernardo O'Higgins, in the commune of Santiago. It is named for the nearby Universidad de Chile (University of Chile). 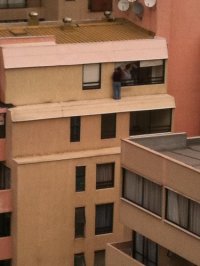 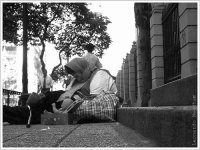 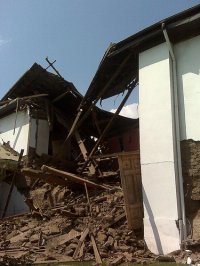 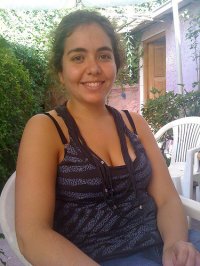 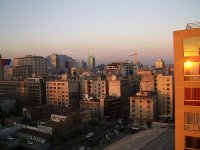 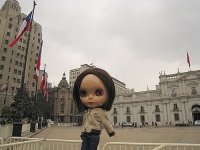 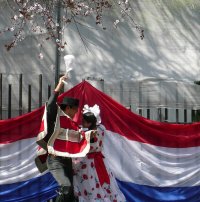