Local time in Pingyin is now 07:17 AM (Monday) . The local timezone is named " Asia/Shanghai " with a UTC offset of 8 hours. Depending on your mobility, these larger cities might be interesting for you: Zhengzhou, Xuzhou, Lianyungang, Xiaolipu, and Xiagou. When in this area, you might want to check out Zhengzhou . Are you looking for some initial hints on what might be interesting in Pingyin ? We have collected some references on our attractions page.

The Xiaotang Mountain Han Shrine also known as the Guo Family Ancestral Hall is a funerary stone shrine from the early Eastern Han Dynasty (25-220 AD) situated on slopes of the Yellow River valley in the western part of Shandong Province, China. It is the only known offering shrine from this period known to be still standing in its original form. 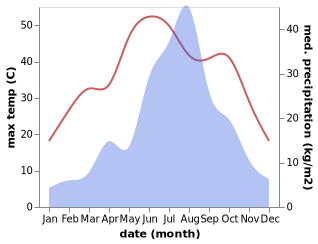