Local time in Yilkiqi is now 10:19 PM (Wednesday) . The local timezone is named " Asia/Kashgar " with a UTC offset of 8 hours. Depending on your flexibility, these larger cities might be interesting for you: Muzaffarabad, Murghob, Srinagar, Ikkisu, and Naryn. When in this area, you might want to check out Muzaffarabad . Are you looking for some initial hints on what might be interesting in Yilkiqi ? We have collected some references on our attractions page.

Yecheng, Karghilik or Karghalik, also known as Chokkuka, is a city in Xinjiang, China. It is 249 km by road northwest to Kashgar, and 249 km south to Mazar. Yecheng is the name of both the oasis and the town, and is situated on the southern rim of the Taklamakan desert is about halfway between Pishan and Yarkand on the southern route around the Tarim Basin. It is about 50 km north of Kokyar, The rich loess terraces of the oasis are watered by the Tiznaf river and several smaller streams.

Yecheng (Kargilik) County is a county in the Xinjiang Uyghur Autonomous Region and is under the administration of the Kashgar Prefecture. It contains an area of 28,600 km². According to the 2002 census, it has a population of 370,000. 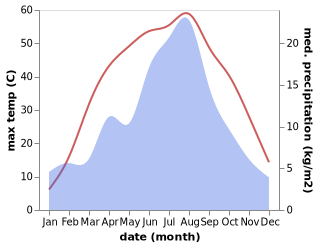