Delve into Mtakoudja in Comoros

Local time in Mtakoudja is now 03:09 AM (Sunday) . The local timezone is named " Indian/Comoro " with a UTC offset of 3 hours. Depending on your mobility, these larger destinations might be interesting for you: Mtwara, Lindi, Ouanani, Sambia, and Nioumachoua. While being here, you might want to check out Mtwara . We discovered some clip posted online . Scroll down to see the most favourite one or select the video collection in the navigation. Are you curious about the possible sightsseing spots and facts in Mtakoudja ? We have collected some references on our attractions page.

Mbatsé is a town located on the island of Mohéli in the Comoros.

Mtakoudja is a town located on the island of Mohéli in the Comoros.

Hoani is a town located on the island of Mohéli in the Comoros. Hoani is an internationally significant nesting site for the Green turtle.

Mohéli, also known as Mwali, is one of the three islands which make up the nation of Comoros. Mohéli is located in the Indian Ocean off the coast of Africa. It is by far the smallest of the Comoros islands. Its population, as of 2006, is about 38,000. Its capital city is Fomboni.

Bandaressalam is a village on the island of Mohéli in the Comoros. 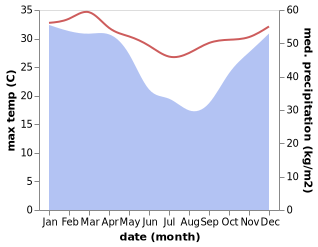