Asmara in the region of Maʼākel with its 563,930 habitants is a town located in Eritrea and is the capital of this country.

Local time in Asmara is now 05:23 AM (Thursday) . The local timezone is named " Africa/Asmara " with a UTC offset of 3 hours. Depending on your flexibility, these larger cities might be interesting for you: Jizan, Abha, Tse'azega, Tredishi, and T'a'areshi. When in this area, you might want to check out Jizan . We found some clip posted online . Scroll down to see the most favourite one or select the video collection in the navigation. Are you looking for some initial hints on what might be interesting in Asmara ? We have collected some references on our attractions page.

On my Layover in Asmara, there was a huge rainshower, wehich shuted down almost every electricity, but cleaned teh streets pretty well. A very unique feeling in a really unique Town. ..

In the streets of Asmara, part 2

Driving around in the streets of Asmara, Eritrea. For more info: virtualtourist.com/georeiser ..

In the streets of Asmara, part 1

Driving around in the streets of Asmara, Eritrea. For more info: virtualtourist.com/georeiser ..

this is a bit of unedited footage from my trip to eritrea a few years ago. I dont know the name of the musician. ..

The Asmara-Massawa Cableway was built by the Italians in 1938 in Eritrea, with the work done by the Ceretti and Tanfani Italian engineering firm. It connected the port of Massawa with the city of Asmara and ran a distance of some 75 kilometres. It moved food, supplies and war materials for the Imperial Italian Army then conquering Ethiopia. The British later dismantled it in 1941, salvaging the diesel engines during their eleven-year occupation after defeating the Italians in World War II.

Asmara, known locally as Asmera (meaning "The four made them unite" in Tigrinya) is the capital city and largest settlement in Eritrea. Home to a population of around 649,000 inhabitants, it sits at an elevation of 2,325 metres . The city is located at the tip of an escarpment that is both the northwestern edge of the Eritrean highlands and the Great Rift Valley in neighbouring Ethiopia. Asmara is situated in Eritrea's central Maekel Region.

Hamasien was a historical province including and surrounding Asmara, part of modern Eritrea. In 1996 the province was divided and distributed amongst the modern Maekel, Debub, Northern Red Sea, Gash-Barka, and Anseba regions. Hamasien's population predominantly follow Oriental Orthodox Christianity and are members of the Eritrean Orthodox Tewahdo Church, with a considerable minority from the Sunni Muslim, Roman Catholic, and Lutheran communities.

St Joseph's Cathedral in Asmara, Eritrea, is a large Romanesque style cathedral in the centre of the city that was built (in the romanico lombardo style) when Eritrea was an Italian colony. It is now the seat of the Eparchy of Asmara. The Catholic Church in Eritrea is a part of the Eritrean Catholic Church, an autonomous particular church in communion with the Pope of Rome. The building took six years to construct and was consecrated in 1922.

The National Museum of Eritrea is Eritrea's national museum. Inaugurated in 1992 by Woldeab Woldemariam, it was originally located in the former Governor's Palace until 1997, when it was moved. The venue has since been relocated to the former Comboni Sisters School for Women. The function of the National Museum of Eritrea is to promote Eritrean history, both within the country and abroad; to investigate new archaeological sites; and to explore the country's history. 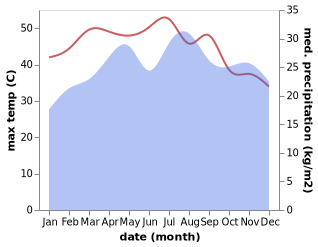