Faanui in the region of French Polynesia (general) with its 2,061 habitants is a town located in French Polynesia - some 161 mi or ( 260 km ) North-West of Papeete , the country's capital .

Local time in Faanui is now 05:59 PM (Friday) . The local timezone is named " Pacific/Tahiti " with a UTC offset of -10 hours. Depending on your flexibility, these larger cities might be interesting for you: and Papeete. When in this area, you might want to check out Papeete . We found some clip posted online . Scroll down to see the most favourite one or select the video collection in the navigation. Are you looking for some initial hints on what might be interesting in Faanui ? We have collected some references on our attractions page.

Cousteau dives with sharks and his new friend Moi

Bora Bora Airport, also known as Motu Mute Airport, is an airport serving the island of Bora Bora in French Polynesia. It is located on the islet of Motu Mute. The airport was opened in 1943, during World War II. Commercial service became available in 1958 after the runway was redone. It is built on an island (the Polynesian word for which is "motu") located in a lagoon. A boat transfer is necessary to get to the main island of Bora Bora.

Tupai, also called Motu Iti, is a low-lying atoll in Society Islands, French Polynesia. It lies 19 km to the north of Bora Bora and belongs to the Leeward Islands (Iles sous le Vent). This small atoll is only 11 km² in area. Its broad coral reef encloses a shallow sandy lagoon. There are almost continuous long wooded motus on Tupai's reef. Tupai has no permanent residents apart from some workers in the coconut plantations. There is a private airfield on Tupai. 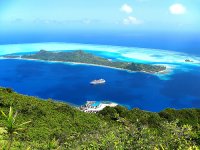 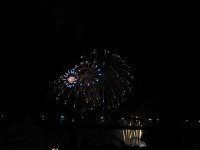 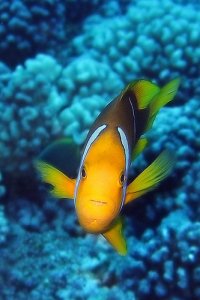