Current time in Paea is now 07:34 PM (Monday) . The local timezone is named " Pacific/Tahiti " with a UTC offset of -10 hours. Depending on the availability of means of transportation, these more prominent locations might be interesting for you: Terehe, Taapuna, Papeete, Outu Maoro, and Omuara. Since you are here already, make sure to check out Terehe . We encountered some video on the web . Scroll down to see the most favourite one or select the video collection in the navigation. Where to go and what to see in Paea ? We have collected some references on our attractions page.

This footage was captured during the production of a vacation promo for an island in the South Pacific. Some believe that splash seen near the yacht is a mermaid and say that you can clearly see the m ..

The Musée de Tahiti et des Îles ("Museum of Tahiti and the Islands"), Tahitian Te Fare Manaha, is a Polynesian ethnographic museum in the village of Punaauia on Tahiti. The museum was founded in 1974 to conserve and restore Polynesian artifacts and cultural practices. It has signed cooperation agreements with the Musée du quai Branly, which has greater resources for staging public expositions.

Notre Dame Cathedral (French: Cathédrale de Papeete Notre-Dame de L'Immaculée Conception) is a late 19th century church that serves as the cathedral of the Roman Catholic Archdiocese of Papeete. It is located close to the waterfront esplanade of the the capital city on the rue du Général de Gaulle. The construction of the cathedral began in the middle of the 19th century and it opened in 1875.

Stade Pater is a multi-use stadium in Pirae, Tahiti, in French Polynesia. It is currently used mostly for football matches. The stadium holds 10,000.

The Bombardment of Papeete occurred in French Polynesia when German warships attacked on 22 September 1914, during World War I. The German armoured cruisers SMS Scharnhorst and Gneisenau entered the port of Papeete on the island of Tahiti and sank the French gunboat Zélée and freighter Walkure before bombarding the town's fortifications. French shore batteries and a gunboat resisted the German intrusion, but were greatly outgunned.

French Polynesia is an overseas country (pays d'outre-mer) of the French Republic. It is made up of several groups of Polynesian islands, the most famous island being Tahiti in the Society Islands group, which is also the most populous island and the seat of the capital of the territory. Although not an integral part of its territory, Clipperton Island was administered from French Polynesia until 2007. 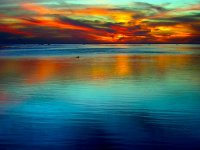