Current time in Patna is now 02:57 PM (Monday) . The local timezone is named " Asia/Kolkata " with a UTC offset of 5.5 hours. Depending on the availability of means of transportation, these more prominent locations might be interesting for you: Sonpur, Sherpur, Sarai, Ranchi, and Punpun. Since you are here already, make sure to check out Sonpur . We saw some video on the web . Scroll down to see the most favourite one or select the video collection in the navigation. Where to go and what to see in Patna ? We have collected some references on our attractions page.

this video is for them who miss there home town patna ..

Raj Bhavan (Hindi for Government House) is the official residence of the Governor of Bihar. It is located in the capital city of Patna, Bihar. The present Governor of Bihar is Devanand Konwar.

Sanjay Gandhi Jaivik Udyan (also known as Sanjay Gandhi Botanical and Zoological Garden or Patna Zoo) is located near Bailey Road in Patna, Bihar, India. The park was opened to the public as a zoo in 1973. The park is Patna's most frequented picnic spot, with more than 36,000 visitors on New Year's Day alone in 2011.

More reading: Wikipedia Article
Located at 25.60 85.10 (Lat./Long.); Less than 2 km away
Tags: 1973 establishments in India, Buildings and structures in Patna, Gardens in India, Visitor attractions in Patna, Zoos in India

Patna Airport, also known as Jaiprakash Narayan Airport, Patna (Hindi: जयप्रकाश नारायण हवाई अड्डा), is an airport located 5 kilometres southwest of Patna, the capital of state of Bihar in India. According to the statistics released by the Airports Authority of India, the agency responsible for the airport, it is the 21st busiest airport in India and domestic traffic is growing rapidly.

More reading: Wikipedia Article
Located at 25.59 85.09 (Lat./Long.); Less than 3 km away
Tags: Airports in Bihar, Buildings and structures in Patna

Alliance Air Flight 7412 departed Calcutta at 06:51 on July 17, 2000, for a flight to Delhi, with stops at Patna and Lucknow. The crew had been cleared to land at runway 25 at Lok Nayak Jayaprakash Airport at Patna when the pilots requested a 360-degree orbit due to the flight being high on the approach. Permission was granted and a left turn was initiated. During the left turn, the aircraft stalled. 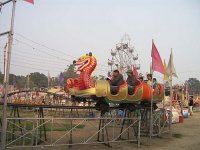 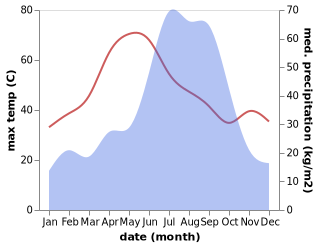