Bamako in the region of Bamako with its 1,297,281 inhabitants is a town in Mali and is the capital of this country.

Current time in Bamako is now 09:11 PM (Monday) . The local timezone is named " Africa/Bamako " with a UTC offset of 0 hours. Depending on the availability of means of transportation, these more prominent locations might be interesting for you: Korhogo, Bobo-Dioulasso, Siguiri, Kouroussa, and Kankan. Since you are here already, make sure to check out Korhogo . We saw some video on the web . Scroll down to see the most favourite one or select the video collection in the navigation. Where to go and what to see in Bamako ? We have collected some references on our attractions page.

Bamako is the capital and largest city of Mali, with a population of 1.8 million (2009 Census, provisional). In 2006, it was estimated to be the fastest growing city in Africa and sixth fastest in the world. It is located on the Niger River, near the rapids that divide the upper and middle Niger valleys in the southwestern part of the country. Bamako is the nation's administrative center. The city proper is a cercle in its own right.

The 2012 Malian coup d'état began on 21 March, when mutinying Malian soldiers, displeased with the management of the Tuareg rebellion, attacked several locations in the capital Bamako, including the presidential palace, state television, and military barracks. The soldiers, who said they had formed the National Committee for the Restoration of Democracy and State, declared the following day that they had overthrown the government of Amadou Toumani Touré, forcing him into hiding.

Bamako Grand Mosque is a mosque in the city centre of Bamako, Mali. Built on the site of a pre-colonial mud-brick mosque, the current Mosque was built through funding from the Saudi Arabian government at the end of the 1970s. One of the tallest structures in Bamako, the Mosque is situated north of the Niger River near the central Market (Grand Marche) and the colonial era Bamako Cathedral.

More reading: Wikipedia Article
Located at 12.65 -7.99 (Lat./Long.); Less than 1 km away
Tags: Buildings and structures in Bamako, Mosques in Mali

The National Museum of Malí (French: Musée national du Mali) is an archaeological and anthropological museum located in Bamako, the capital of Mali. It presents permanent and temporary exhibits on the history of Mali, as well as the musical instruments, dress, and ritual objects associated with Mali's various ethnic groups.

Stade Modibo Keïta is a multi-purpose stadium in Bamako, Mali. It is currently used mostly for football matches, serving as a home ground for AS Real Bamako and, occasionally, the national team. The stadium holds 35,000 people and is named after President Modibo Keïta. 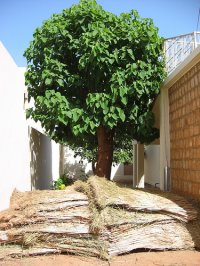 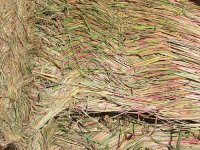 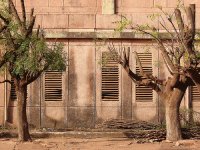 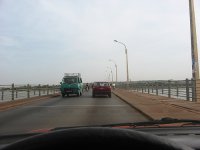