Time in Krasavino is now 12:34 AM (Monday) . The local timezone is named " Europe/Moscow " with a UTC offset of 4 hours. Depending on your budget, these more prominent places might be interesting for you: Yednovo, Vystavka, Vakhonino, Sakushevo, and Privodino. Being here already, consider visiting Yednovo . Check out our recomendations for Krasavino ? We have collected some references on our attractions page.

Northern Dvina Governorate (Russian: Северо-Двинская губерния, Severo-Dvinskaya guberniya) was a governorate of the Russian Soviet Federative Socialist Republic from 1918 to 1929. Its seat was in the city of Veliky Ustyug. The governorate was located in the North of European Russia, and its territory is currently divided between Arkhangelsk, Vologda, Kostroma, and Kirov Oblasts and the Komi Republic. The name of the governorate originates from the Northern Dvina River. 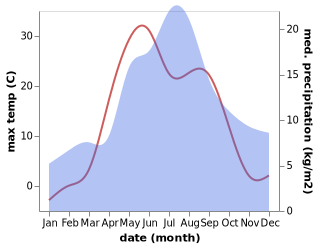