Delve into Dakar in Senegal

Dakar in the region of Dakar with its 2,476,400 residents is a city in Senegal and is the capital of this country.

Current time in Dakar is now 06:42 AM (Monday) . The local timezone is named " Africa/Dakar " with a UTC offset of 0 hours. Depending on your travel modalities, these larger destinations might be interesting for you: Ziguinchor, Yof, Tiaroye-Mer, Saint-Louis, and Pikine. While being here, make sure to check out Ziguinchor . We encountered some video on the web . Scroll down to see the most favourite one or select the video collection in the navigation. Are you curious about the possible sightsseing spots and facts in Dakar ? We have collected some references on our attractions page.

on the beach of dakar

this is from my visit to dakar africa ..

This is a clip of some my photos and videos while studying abroad in Dakar, Senegal in 2011. Dakar is the westernmost point of the African continent; making it a major hub for import/export, therefore ..

Dakar To Port Loko: Perspectives From West Africa provides viewers with an unparalleled opportunity to experience West African life and perspective from the ground level. A completely genuine and unbi ..

The Mali Federation (Fédération du Mali) was a country in West Africa. It was formed by a union between Senegal and the Sudanese Republic. It was founded on April 4, 1959, within the French Community and became entirely self-governing when it gained independence from France on June 20, 1960. The federation collapsed shortly after independence, on 20 August 1960, when Senegal withdrew, due to political disagreements. The Sudanese Republic was renamed the Republic of Mali on 22 September 1960.

The Dakar Grand Mosque (also Grande Mosquée de Dakar) is one of the most important religious buildings in the capital of Senegal. It is situated on Allée Pape Gueye Fall.

More reading: Wikipedia Article
Located at 14.68 -17.44 (Lat./Long.); Less than 2 km away
Tags: Buildings and structures in Dakar, Mosques in Senegal

Biscuiterie is a commune d'arrondissement of the city of Dakar, Senegal, part of the arrondissment of Grand Dakar. It is located in the centre-southern area of the city. As of 2007, it had a population of 56,932. La Biscuiterie owes its name to the eponymous "Biscuiterie" (also known as "Biscuiterie de Medina", "Biscuit factory of Medina"), a former biscuit factory that has been restructured into an exhibition venue.

Stade Demba Diop is a multi-use stadium in greater Dakar, Senegal. It is situated on Boulevard Président Habib Bourguiba in Sicap-Liberté, an urban arrondissement of Dakar. 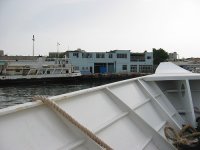 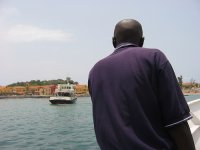 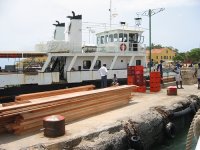 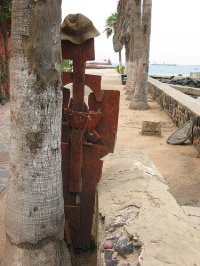 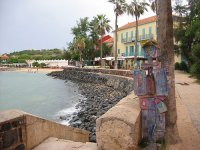 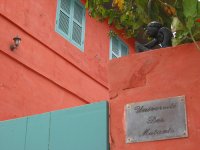 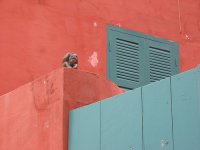 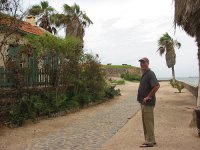 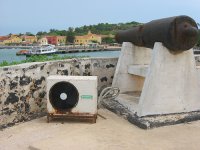 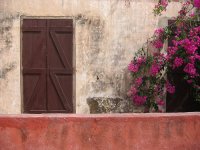