Local time in Port Elizabeth is now 12:50 AM (Monday) . The local timezone is named " Africa/Johannesburg " with a UTC offset of 2 hours. Depending on your flexibility, these larger cities might be interesting for you: Quthing, Qacha's Nek, Mohale's Hoek, Walmer Heights, and The Willows. When in this area, you might want to check out Quthing . We found some clip posted online . Scroll down to see the most favourite one or select the video collection in the navigation. Are you looking for some initial hints on what might be interesting in Port Elizabeth ? We have collected some references on our attractions page.

www.rugbyinafrica.org The Bhubesi Pride team conclude their TransAfrique 2012 Rugby in Africa project, coaching rugby in underprivileged schools and communities throughout Africa. During this final ep ..

EDIT: Doh! Didn't have the image stabilizer switched on. Hey, I only got the phone two days ago. :P - The shaky subtitles are due to me enabling YouTube "anti-shake" after uploading. Floods in our cit ..

Nelson Mandela Bay Stadium is a 48,459-seater stadium in Port Elizabeth. The five-tier, R2 billion (approximately $159 million) Nelson Mandela Bay Stadium was built overlooking the North End Lake, at the heart of the city. It is one of three coastal stadiums built in anticipation of the 2010 FIFA World Cup. It regularly hosts large scale rugby union and football (soccer) matches. The stadium has also been used as a concert venue.

The Red Location Museum is an Apartheid museum in New Brighton township of Port Elizabeth, South Africa. It was designed by South African architectural partnership Noero Wolff Architects and has won a number of prestigious international architecture awards, such as the RIBA's Lubetkin Award. It was opened in 2005. The Red Location Museum challenges the traditional role of museums as representing a single or hegemonic perspective of history. 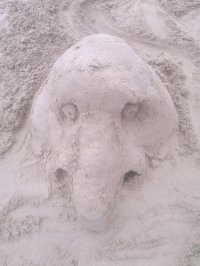 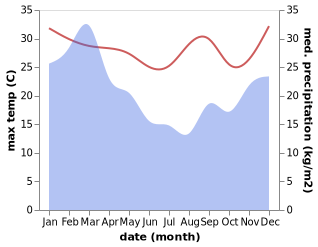