Kurunegala in the region of North Western with its 28,571 habitants is a town located in Sri Lanka - some 52 mi or ( 84 km ) North-East of Colombo , the country's capital .

Local time in Kurunegala is now 05:47 PM (Thursday) . The local timezone is named " Asia/Colombo " with a UTC offset of 5.5 hours. Depending on your flexibility, these larger cities might be interesting for you: Yahelegedara, Weeragalla, Wilagandematawa, Wattewa, and Wethenna. When in this area, you might want to check out Yahelegedara . We found some clip posted online . Scroll down to see the most favourite one or select the video collection in the navigation. Are you looking for some initial hints on what might be interesting in Kurunegala ? We have collected some references on our attractions page.

PL Tours and Travels: Driving from Negombo to the Sigiriya Rock on route you see the rice fields, monkey and the mountains. ..

Maliyadeva College, Kurunegala, is a government school established in 1888, by the Buddhist Theosophical Society led by Colonel Henry Steel Olcott. It is one of Sri Lanka's oldest schools and considered by many to be a leading Buddhist school in Sri Lanka. It is a National School and controlled by the Central government. Today the school accommodates nearly 5000 students. The term "Devans" is being used to call the former/present pupils of Maliyadeva College.

St Anne's College is a Catholic boys' school located in Kurunegala, Sri Lanka. About 3000 students are studying in this school. The present principal is Rev. Brother Ernest Tarcisius

Welagedara Stadium (Sinhala: වෙලගෙදර ක්‍රීඩාංගණය, Tamil: வெலகெதர விலையாட்டு அரங்கம்) is a multi-use stadium in Kurunegala, Sri Lanka. The stadium was officially declared open by the then Minister of Home Affairs, Justice Felix Dias Bandaranaike in 1972. It is currently used mostly for cricket matches and hosts the Wayamba Cricket Team. The stadium can hold at least 10,000 spectators. Welagedara stadium hosted its first international match when Pakistan played there in 1985.

Modara, also known as Mutwal, its anglicised version, is a municipal ward of Colombo, capital of Sri Lanka. The mouth of the river Kelani Ganga also lies nearby. 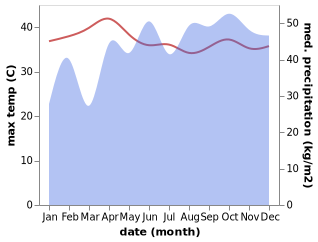