Longyearbyen in the region of Svalbard with its 2,060 inhabitants is a place in Svalbard and Jan Mayen and is the capital of this country.

Time in Longyearbyen is now 04:34 AM (Thursday) . The local timezone is named " Arctic/Longyearbyen " with a UTC offset of 1 hours. Depending on your budget, these more prominent locations might be interesting for you: and . Since you are here already, consider visiting . We saw some hobby film on the internet . Scroll down to see the most favourite one or select the video collection in the navigation. Where to go and what to see in Longyearbyen ? We have collected some references on our attractions page.

Swimming in the Isfjorden at Svalbard - cold as hell! Pictures at: everybo.dy.fi ..

soon we will complete the full version of our Svalbard trip film. in the meantime, here is the preview. ..

Longyearbyen is the largest settlement and the administrative center of Svalbard, Norway. As of 2008, the town had a population of 2,040. Longyearbyen is located in the valley of Longyeardalen and on the shore of Adventfjorden, a bay of Isfjorden located on the west coast of Spitsbergen. Since 2002, Longyearbyen Community Council has had many of the same responsibilities of a municipality, including utilities, education, cultural facilities, fire department, roads and ports.

The Dark Season Blues festival is an annual event in late October at 78 degrees north in Longyearbyen in Norway, and marks the beginning of the dark season when daylight and the sun is about to leave Svalbard for four winter months. The first Dark Season Blues festival was arranged in 2003, and celebrated its 10th anniversary in 2012. It started out as a small intimate festival, and presented 15 bands spread on 17 events in 2010.

Svalbard Church is located in Longyearbyen, Svalbard, Norway and is part of the Church of Norway and the world's most northern church. Built of wood, it was inaugurated in 1958. There was an older church that was destroyed during World War II. There is a minister and two other employees. There is no other church on Svalbard, but there is a Russian Orthodox chapel in Barentsburg. The minister visits other communities on Svalbard: Svea, and Ny-Ålesund.

The University Centre in Svalbard is a Norwegian state-owned limited company that provides university-level education in arctic studies. The universities of Oslo, Bergen, Tromsø and the Norwegian University of Science and Technology in Trondheim are represented on its board. The centre is known as UNIS and forms part of the University of the Arctic. It is led by a director appointed by the board for a three-year term.

More reading: Wikipedia Article
Located at 78.22 15.65 (Lat./Long.); Less than 1 km away
Tags: 1993 establishments in Norway, Education in Svalbard, Longyearbyen, Science and technology in Svalbard, Universities and colleges in Norway

Longyearbyen School is a combined primary and secondary school located in and serving Longyearbyen, Norway. The school has about 270 pupils and 45 teachers. 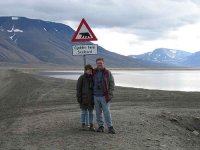 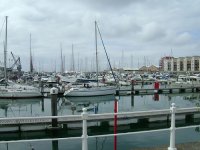 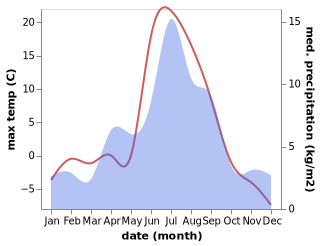