Time in Falun is now 08:07 PM (Saturday) . The local timezone is named " Europe/Stockholm " with a UTC offset of 1 hours. Depending on your travel resources, these more prominent places might be interesting for you: Västerås, Uppsala, Toftbyn, Sundborn, and Stockholm. Being here already, consider visiting Västerås . We collected some hobby film on the internet . Scroll down to see the most favourite one or select the video collection in the navigation. Check out our recomendations for Falun ? We have collected some references on our attractions page.

The Sensitives - Kill You Another Day, official video

Late night around 11pm, a few days after midsummer in Dalarna Sweden. The fog invades the small pond in the forrest landscape. The birds you hear are caracteristic for this time of the year. ..

Günter Wallraff visited Borlänge and Falun on 13 May, 2011. He is a legendary journalist known throughout much of the world. His method of journalism has resulted in a verb, in Swedish "att wallraffa" ..

Some minor improvements in the cross-unicycling. ..

Falun Municipality (Falu kommun) is a municipality in Dalarna County in central Sweden. Its seat is located in the city of Falun. Falun is the second biggest city and provincial capital of Dalarna County. Falun was originally famous for its copper mine. The present municipality was formed at the time of the local government reform of 1971, when the City of Falun and six surrounding rural municipalities were amalgamated.

Great Copper Mountain was a mine in Falun, Sweden, that operated for a millennium from the 10th century to 1992. It produced as much as two thirds of Europe's copper needs and helped fund many of Sweden's wars in the 17th century. Technological developments at the mine had a profound influence on mining globally for two centuries. Since 2001 it has been designated a UNESCO world heritage site as well as a museum.

Dalregementet (Dalarna Regiment), designations I 13 and I 13/Fo 53, was a Swedish Army infantry regiment that traced its origins back to the 16th century. It was disbanded in 2000. The regiment's soldiers were originally recruited from the province of Dalarna, and it was later garrisoned there.

Dalarna University is a university college (högskola) located in Falun and Borlänge, in Dalarna County, Sweden. Dalarna University is one of Sweden’s more recent institutions of higher education, established in 1977. It is situated in Dalarna, 200 kilometres north-west of Stockholm. The college currently has about 18000 students.

Gruvrisskolan is an elementary school located in Falun, Sweden. The school, built in 1992, was the first "F-9" (preschool to ninth grade) school in Falun. The school holds a good score in the Swedish school ranking system. 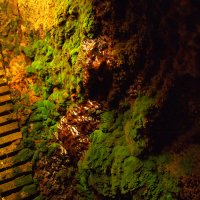 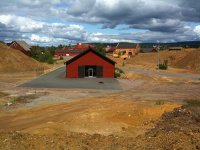 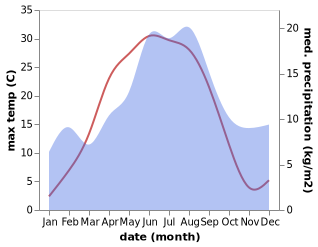