Local time in Dar es Salaam is now 12:09 AM (Thursday) . The local timezone is named " Africa/Dar es Salaam " with a UTC offset of 3 hours. Depending on your mobility, these larger destinations might be interesting for you: Zanzibar, Ukonga, Ubungo, Tabata, and Pugu. While being here, you might want to check out Zanzibar . We discovered some clip posted online . Scroll down to see the most favourite one or select the video collection in the navigation. Are you curious about the possible sightsseing spots and facts in Dar es Salaam ? We have collected some references on our attractions page.

Baikoko is the latest craze in night entertainment around Dar es Salaam. Baikoko groups play in roadside bars, at weddings or being invited as an added attraction to rusha roho. The young man who star ..

We are driving in Tanzania's largest city Dar es Salaam. The video begins on the MV Magogoni Ferry and proceeds through the city and then onto the A7 as we depart Dar es Salaam. ..

Lady Jay Dee, flanked by hubby Gadna G. Habash and promoter 'Seven' talks about her plans for 2011 during a press conference held at the Paradise City hotel in Dar es salaam December 30, 2010 ..

From the Zanzibar ferry gate we see a sailing boat entering the harbour and container ships docked at Dar Es Salaam Marine Port. ..

Mafuta House is one of the tallest buildings in Dar es Salaam, Tanzania. It is a multi-million U.S. Dollar building owned by the National Social Security Fund (NSSF) that will be used for retail and commercial space. After a 5 year halt due to lack of funds by its previous owners, Tanzania Petroleum Development Corporation (TPDC) and the National Housing Corporation (NHC), its construction resumed in late 2004 when NSSF purchased the unfinished building and continued the construction.

Ilala District is one of three districts in Dar es Salaam, Tanzania, the others being Temeke to the South and Kinondoni to the North. The 2002 National Tanzania Census states the population for Ilala as 634,924. http://www. tanzania. go. tz/census/census/districts/ilala. htm The area is 273 km². Ilala is commonly referred to as 'Downtown Dar', where much of the commerce, banking, and national offices are located.

Kimara is an administrative ward in the Kinondoni district of the Dar es Salaam Region of Tanzania. According to the 2002 census, the ward has a total population of 66,288. 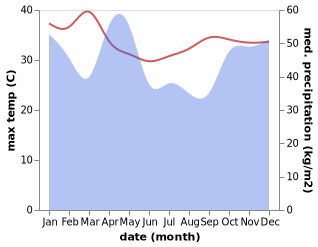