Montevideo in the region of Montevideo with its 1,270,737 inhabitants is a town in Uruguay and is the capital of this country.

Current time in Montevideo is now 07:10 PM (Wednesday) . The local timezone is named " America/Montevideo " with a UTC offset of -2 hours. Depending on the availability of means of transportation, these more prominent locations might be interesting for you: La Plata, Buenos Aires, Toledo, Tacuarembó, and San Jose de Mayo. Since you are here already, make sure to check out La Plata . We encountered some video on the web . Scroll down to see the most favourite one or select the video collection in the navigation. Where to go and what to see in Montevideo ? We have collected some references on our attractions page.

I got a glimpse of some Candombe dancers & drummers on my trip to Uruguay this February 2011 in Montevideo. Calle 8 de Octubre. This was not the main carnival just some heads entertaining... ..

Estadio Contador Damiani, formerly Las Acacias, is a football stadium in Montevideo, Uruguay, inaugurated in 1916 and re-built in 1997. It is used mostly for Peñarol's reserves matches. The stadium can hold up to 12,000 people. VIP stands and the entrance were taken in 1930 to the stadium Estadio Pocitos, where the first ever goal in World Cup history was scored by the French forward Lucien Laurent. The structure has since been returned to its original location.

Jardines del Hipódromo is a multi-use stadium in Montevideo, Uruguay. It is currently used primarily for football matches and home to Uruguayan Primera División side Danubio F.C.. The stadium holds 18,000 spectators. The stadium is allegedly haunted.

The Parque Posadas (Posadas Park, in English) is a large apartments' complex placed in the geographical centre of Montevideo, Uruguay. It was built between 1969 and 1973, their firsts apartments were given that same year, although the official inauguration of the complex was August 25, 1975. It has a communal hall, a library, a shopping mall and a school.

Cilindro Municipal (The Municipal Cylinder) was an Indoor arena in Montevideo, Uruguay. It was opened in 1956 for Industrial Exhibition of the Production of international character. On October 21, 2010, its roof fell down atop the inside structure because of a fire, the source of which is unknown, severely damaging the seats. Interior Ministry Eduardo Bonomi confirmed it will be demolished.

Liberty Building served as one of two executive office buildings of the President of Uruguay (the Estévez Palace being the other). It was built in the 1970s during the military government for the Ministry of Defense, but in 1985, president Julio María Sanguinetti decided to move the presidential office to that building. Its surrounding area was turned into a park with a permanent exhibit of modern sculptures, which was inaugurated in 1996. 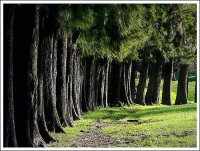 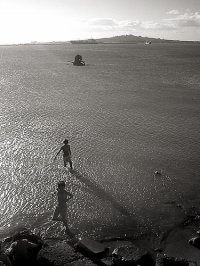 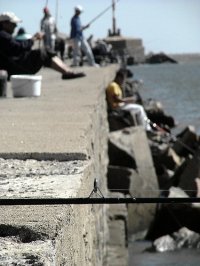 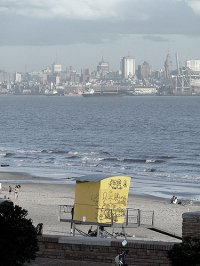 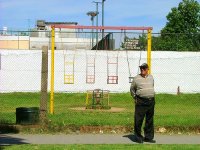