Time in Durrës is now 05:11 AM (Saturday) . The local timezone is named " Europe/Tirane " with a UTC offset of 1 hours. Depending on your budget, these more prominent places might be interesting for you: Sofia, Peshkopi, Gjirokastër, Skopje, and Pristina. Being here already, consider visiting Sofia . We collected some hobby film on the internet . Scroll down to see the most favourite one or select the video collection in the navigation. Check out our recomendations for Durrës ? We have collected some references on our attractions page.

Summer has coming back, and Durres is ready for you! ..

The Niko Dovana Stadium is a multi-use stadium in Durrës, Albania. It is currently used mostly for football matches and is the home ground of KS Teuta. The stadium holds 13,000. The Albania national football team played in the Niko Dovana Stadium for the first time in a friendly international match against Uzbekistan on 11 August 2010.

The First Battle of Durazzo was a naval battle of World War I. It was fought off Durazzo, Albania at the end of December 1915 and involved the navies of Austria, the United Kingdom, Italy, and France.

Durrës is the second largest city of Albania located on the central Albanian coast, about 33 km west of the capital Tirana. It is one of the most ancient and economically significant cities of Albania. Durrës is situated at one of the narrower points of the Adriatic Sea, opposite the Italian ports of Bari and Brindisi . Durrës is home to Albania's main port, the Port of Durrës, and to the newest public university, the Aleksandër Moisiu University.

Aleksandër Moisiu University or officially Aleksandër Moisiu University of Durrës is the newest public academic institution of the Republic of Albania. The University is located in the ancient city of Durrës and has a branch in Peshkopi. It was inaugurated in 2006 and is using the American system of education, unlike the rest of the public universities in the country. More than 1,300 students started classes as of October 2, 2006.

The Durrës Amphitheatre (Albanian: Amfiteatri i Durrësit) is a large Roman amphitheatre in the city of Durrës, Albania. Built in the 2nd century AD during Roman Emperor Trajan's rule, it is located in the centre of the city and is only half unearthed. The Durrës Amphitheatre is one of the largest amphitheatres in the Balkan peninsula, once having a capacity of 20,000 people. It was discovered in the late 1900s and today has become a popular tourist attraction. 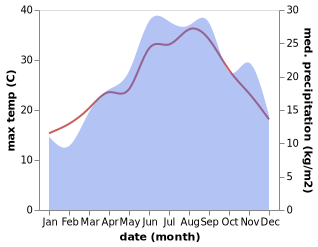