Local time in Boumerdas is now 05:41 PM (Wednesday) . The local timezone is named " Africa/Algiers " with a UTC offset of 1 hours. Depending on your flexibility, these larger cities might be interesting for you: Tizi Ouzou, Tipasa, Sainte Marie du Corso, Reghaia, and Ouled Moussa. When in this area, you might want to check out Tizi Ouzou . We found some clip posted online . Scroll down to see the most favourite one or select the video collection in the navigation. Are you looking for some initial hints on what might be interesting in Boumerdas ? We have collected some references on our attractions page.

Boumerdès is a district in Boumerdès Province, Algeria. It was named after its capital, Boumerdès, which is also the capital of the province.

Tidjelabine is a town and commune in Boumerdès Province, Algeria. According to the 1998 census it has a population of 13,888.

Boudouaou, during French colonialism known as L'Alma (or Alma) is a town in the western part of Boumerdès, Algeria. It is a coastal town on the Mediterranean Sea and is located at an altitude of 3 feet. Its population in 1998 was 42,500. The original name is thought to be bou-dhou-aou, Arabic for illuminator in reference to a small insect the size of a beetle which at night shows beautiful brilliant green light in the its tail.

Boudouaou is a district in Boumerdès Province, Algeria. It was named after its capital, Boudouaou.

Rerhaia Airfield was a World War II military airfield in Algeria, located approximately 3 km northwest of Boudouaou, about 32 km east-southeast of Algiers. It was used by the United States Army Air Force Twelfth Air Force 350th Fighter Group between July and November 1943 during the North African Campaign against the German Afrika Korps. It was also used by the 416th Night Fighter Squadron, which flew Bristol Beaufighters from the field between 27 December 1943-25 January 1944. 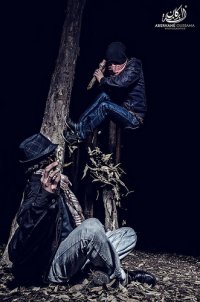 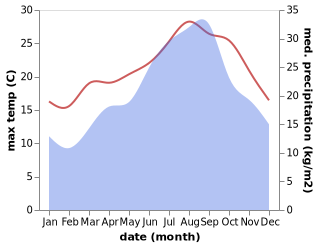