Hamilton in the region of Hamilton city with its 902 inhabitants is a place in Bermuda and is the capital of this country.

Time in Hamilton is now 09:03 AM (Friday) . The local timezone is named " Atlantic/Bermuda " with a UTC offset of -3 hours. Depending on your budget, these more prominent locations might be interesting for you: Tucker's Town, Somerset, Scotts Hill, Saint George, and Melrose. Since you are here already, consider visiting Tucker's Town . We saw some hobby film on the internet . Scroll down to see the most favourite one or select the video collection in the navigation. Where to go and what to see in Hamilton ? We have collected some references on our attractions page.

Kafu Hair and Gallery is a salon based in Hamilton, Bermuda concerned with beauty hair care and styling with the addition of an art gallery; impeccably designed to create a symbiotic relationship betw ..

Take a scenic tour through the city of Hamilton in Bermuda. Showing you many of the different sites and attractions of the area. For more great videos, local listings, maps and other helpful Bermuda i ..

Bermuda's oldest business house, and is the largest exporter of a Bermuda-made product, the famous Goslings Black Seal Rum. This video highlights their new Wine and Spirit Shop in Hamilton, Bermuda. F ..

Hamilton Harbour is a natural harbour in Bermuda which serves as the port for the capital, the City of Hamilton. It is an arm of the Great Sound, and forms a tapering wedge shape of water between Paget Parish and the peninsula which forms Pembroke Parish, and upon which the capital sits. The approaches to the harbour are protected by a chain of islands, and by the small Salt Kettle Peninsula. Another island sits inside the Harbour itself, White's Island.

Pembroke Parish is one of the nine parishes of Bermuda. It is named after English aristocrat William Herbert, 3rd Earl of Pembroke (1580-1630). It occupies most of the short peninsula which juts from the central north coast of Bermuda's main island, and surrounds the city of Hamilton on three sides (the fourth being taken up by the shore of Hamilton Harbour). As such, its shape bears some passing resemblance to the county of Pembrokeshire in Wales.

Victoria Park is centrally located in the city of Hamilton, Bermuda (Hamilton is also the capital of Bermuda). It is a public park that is opened daily to the public during daylight hours. It is widely used as an entertainment venue for free concerts and the like. There is also a rather attractive bandstand in the middle of the park installed in 1889 in commemoration of Queen Victoria's Golden Jubilee, and renewed in 2008.

Johnny Barnes (born John James Adolphus Mills, June 23, 1924) is a Bermuda native found waving to passing traffic at the Foot of the Lane roundabout in Hamilton, Bermuda, from roughly 3:45 am to 10 am, every workday, rain or shine. A Bermuda institution mentioned in several guidebooks and profiled in a documentary film, he is known for waving and saying "I love you, God loves you," to passing commuters during the morning rush hour into Hamilton.

Paget Parish is one of the nine parishes of Bermuda. It is named for William Paget, 4th Baron Paget de Beaudesert (1572–1629). The parish is located in the central south of the island chain, immediately south of Hamilton Harbor on the main island. It is joined to Warwick Parish in the southwest, and Devonshire Parish in the northeast. As with most of Bermuda's parishes, it covers just over 2.3 square miles (about 6.0 km² or 1500 acres). 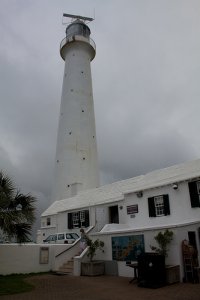 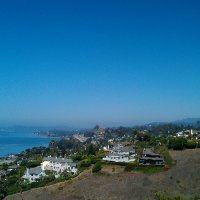