Current time in Chongqing is now 03:34 AM (Tuesday) . The local timezone is named " Asia/Chongqing " with a UTC offset of 8 hours. Depending on the availability of means of transportation, these more prominent locations might be interesting for you: Zhuyang, Jiulong, Yuanyangqiao, Xinqiao, and Suining. Since you are here already, make sure to check out Zhuyang . We saw some video on the web . Scroll down to see the most favourite one or select the video collection in the navigation. Where to go and what to see in Chongqing ? We have collected some references on our attractions page.

www.travelindochina.com Cruise the spectacular Three Gorges on one of the world's great rivers. Experience the new Yangtze River and the marvel at the scale of the Three Gorges Dam. You will sail up t ..

Chongqing City as seen from the tower at Eling Park ..

Datianwan Stadium is a multi-purpose stadium in Chongqing, China. It is currently used mostly for football matches. The stadium holds 32,000 people.

The Chongqing World Trade Center (WTCC) is a 283.1 metre (929 foot) tall skyscraper located in the Jeifangbei CBD area of Chongqing, China. The building was completed in 2005 after 3 years of construction beginning in 2002 and topping out in 2004. The building has 60 floors which can all be accessed by 12 elevators. There are also 2 underground floors used as car park. CRT Metro Line 2 has an exit at Linjiangmen Station in the World Trade Center's retail podium.

JW Marriott International Finance Centre is a supertall skyscraper with 102 floors and with a roof height of 431 m planned for Chongqing, China. The design has gone through several versions, requiring the demolition of the base for a previous version of the project.

Yuzhong District is the central district and heart of Chongqing municipality. It is the capital of the municipality and is also the political, economical, and entertainment center of the city of Chongqing. Located in the central portion of Yuzhong is the Jiefangbei CBD, the premier business and financial centre of western China. Surrounded on three sides by water (somewhat resembling a duck's head), Yuzhong is effectively a peninsula.

The Jialing River is a tributary of the Yangtze River with its source in Gansu province. It gets its name from its crossing the Jialing Vale in Feng County of Shaanxi. It was once known as Langshui or Yushui . 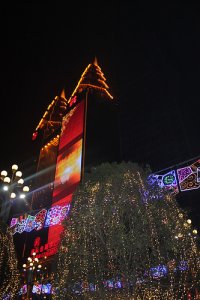 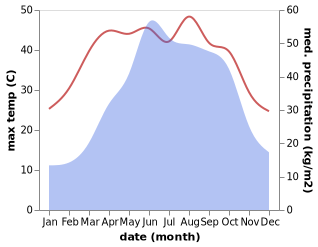