Current time in Chengdu is now 03:19 PM (Monday) . The local timezone is named " Asia/Chongqing " with a UTC offset of 8 hours. Depending on the availability of means of transportation, these more prominent locations might be interesting for you: Yanjiang, Huayang, Zhonghe, Xipu, and Xindu. Since you are here already, make sure to check out Yanjiang . We saw some video on the web . Scroll down to see the most favourite one or select the video collection in the navigation. Where to go and what to see in Chengdu ? We have collected some references on our attractions page.

www.fluentin3months.com Here it is! My 2000km train ride ending up in Chengdu, the story and the people I met along the way, as well as some Panda footage! Click "CC" for Youtube subtitles. The book t ..

Chengdu City Sports Centre or Sichuan Provincial Sports Centre is a multi-use stadium in Chengdu, China which is currently used mostly for football matches. The stadium holds 42,000 and is home to the Chengdu Blades, a football club in China League One, the second tier of the Chinese football pyramid. It was one of the venues for the group stages of the 2007 FIFA Women's World Cup. It hosted six games in total.

Chunxi Road is a street and contiguous shopping district in Chengdu, China. More than 700 shops can be found here including large shopping malls, department stores, supermarkets, street stalls, and boutiques, as well as modern cafes, and a public square. Next to Chunxilu is Yanshikou commercial circle.

Jinjiang District is a district of Chengdu, the capital of Sichuan Province, China. The Jin River flows through it. All Nippon Airways operates its Chengdu Office in the district, in Tower 2 of Plaza Central. It opened on June 7, 2011. It is a laid back area where the locals enjoy traditional Chinese pastimes such as tea and mahjong. Langqiao bridge is located in the district.

Chengdu Shishi High School is a state secondary school in Chengdu, Sichuan province, China. It stands on the site of the first local Chinese public school, founded in the Han Dynasty between 143 BC and 141 BC by Wén Wēng (文翁). Shishi, which literally means "Stone House", refers to the original construction which was built of stones.

Qingyang District is a district of Chengdu, the capital of Sichuan Province, China. Qingyang has an area of 68 square kilometers and a population of 460,000. 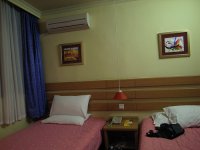 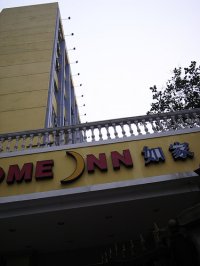 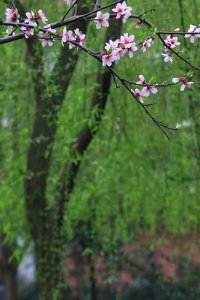 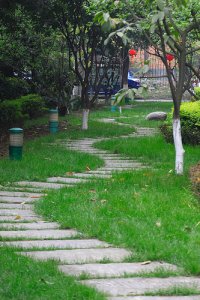 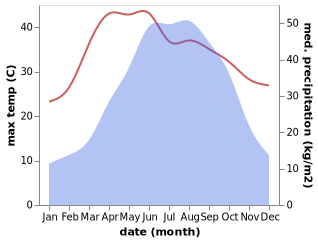