Local time in Panyang is now 01:08 AM (Monday) . The local timezone is named " Asia/Shanghai " with a UTC offset of 8 hours. Depending on your mobility, these larger cities might be interesting for you: Taipei, Xincheng, Xiangtouping, Shantou, and Sanming. When in this area, you might want to check out Taipei . We discovered some clip posted online . Scroll down to see the most favourite one or select the video collection in the navigation. Are you looking for some initial hints on what might be interesting in Panyang ? We have collected some references on our attractions page.

The first time I took part in China's exhibition and this is the opening ceremony ..

The Kucheng Massacre was a massacre of Western Christians that took place at Gutian, Fujian, China on August 1, 1895. At dawn of that day, a Buddhist group, the Zhaijiao attacked British missionaries who were then taking summer holidays at Gutian Huashan, killing eleven people and destroying two houses.

More reading: Wikipedia Article
Located at 26.62 118.86 (Lat./Long.); Less than 9 km away
Tags: 1895 in China, Christianity in China, Conflicts in 1895, Foreign relations of the Qing Dynasty, History of Fujian, Massacres in China 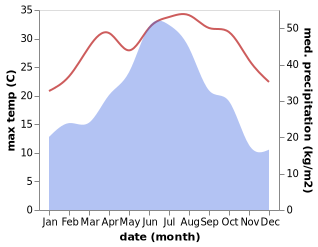