Delve into Harbin in China

Local time in Harbin is now 03:59 AM (Thursday) . The local timezone is named " Asia/Harbin " with a UTC offset of 8 hours. Depending on your mobility, these larger destinations might be interesting for you: Yuquan, Xinxiangfang, Wuchang, Wanggang, and Shenyang. While being here, you might want to check out Yuquan . We discovered some clip posted online . Scroll down to see the most favourite one or select the video collection in the navigation. Are you curious about the possible sightsseing spots and facts in Harbin ? We have collected some references on our attractions page.

This movie was shot on a crossing in Harbin, China. Traffic was absolutely crazy there. It was a complete chaos... ..

Harbin station is a railway station of Jingha railway, Hada Railway, Binsui Railway and Binzhou Railway. The station located in the town of Harbin, Heilongjiang, China.

More reading: Wikipedia Article
Located at 45.76 126.63 (Lat./Long.); Less than 2 km away
Tags: Buildings and structures in Harbin, Stations on the Jingha Railway, Transport in Harbin

Baqu Arena is an indoor sporting arena located in Harbin, China. The capacity of the arena is 5,000 people. It was the main arena used during the 2008 Women's World Ice Hockey Championships.

Hagongda Stadium is a multi-purpose stadium in Harbin Institute of Technology, Harbin, China. It is currently used mostly for football matches and athletics events. It serves as the home stadium for Harbin Yiteng of the Chinese Football Association Jia League. The stadium has a capacity of 30,000 people. 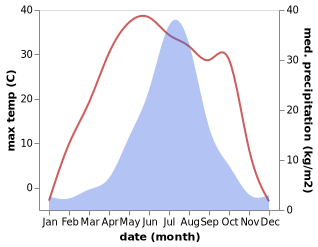