Current time in Jincheng is now 02:55 PM (Wednesday) . The local timezone is named " Asia/Shanghai " with a UTC offset of 8 hours. Depending on the availability of means of transportation, these more prominent locations might be interesting for you: Antou, Zhuzhuang, Hetou, Lizhuang, and Zhulin. Since you are here already, make sure to check out Antou . We saw some video on the web . Scroll down to see the most favourite one or select the video collection in the navigation. Where to go and what to see in Jincheng ? We have collected some references on our attractions page.

good for the soup and hard for the road ..

Hua Luogeng Park is a park in Jintan, Jiangsu, China, which was built in 1911 during the Qing dynasty, originally as the private garden "Ya yue Park. " It was named after the mathematician Hua Luogeng. (Hua, Jintan people, world-renowned mathematician. He had 10 monographs during his lifetime, more than 200 papers, he was listed in the Chicago Museum of Science and Technology as one of the 88 great mathematician in the world. ) The park covers approximately five hectares and has three gates.

Jintan is a county-level city within Changzhou in Jiangsu province of the People's Republic of China.

Changzhou Benniu Airport is an airport in Changzhou, Jiangsu, China.

Ge Lake is a freshwater lake in China, it is situated in south of Jiangsu Province, northwest of Lake Tai. The lake has a total area of about 146.5 square kilometers. The average depth is 1.19 m, the water storage capacity is about 1.74×10m. 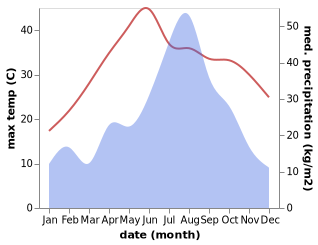