Local time in Baitang is now 07:22 PM (Thursday) . The local timezone is named " Asia/Urumqi " with a UTC offset of 8 hours. Depending on your flexibility, these larger cities might be interesting for you: Xiexiong, Racaka, Qumong, Qamdo, and Machang. When in this area, you might want to check out Xiexiong . We found some clip posted online . Scroll down to see the most favourite one or select the video collection in the navigation. Are you looking for some initial hints on what might be interesting in Baitang ? We have collected some references on our attractions page.

On April 14, 2010 a devastating earthquake hit the Tibetan area of Jyekundo in Kham, also known as Yushu in Qinghai. Thousands were killed and injured. Here are photos of the Tibetan earthquake. ..

This video is about an overland tour from Xining to Lhasa (north-east-route). This is part 2, covering the journey from the region of the Amnye Machen to Manigongo (Yushu cnountry) near the Trola pass ..

A journey by motorbike from Trindu County through Yushu, Demthok, Tenko, Maniganngo to Dege in February and March 2012 following part of the old Tea and Horse trade route. .. 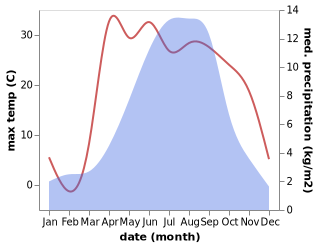