Time in Sajia is now 07:49 AM (Friday) . The local timezone is named " Asia/Urumqi " with a UTC offset of 8 hours. Depending on your budget, these more prominent locations might be interesting for you: Thimphu, Shillong, Patna, Shigatse, and Xegar. Since you are here already, consider visiting Thimphu . We saw some hobby film on the internet . Scroll down to see the most favourite one or select the video collection in the navigation. Where to go and what to see in Sajia ? We have collected some references on our attractions page.

Monks from Sakya monastery (Tibet) come back after doing the Khora. ..

Sakya Monastery, also known as dPal Sa skya or Pel Sakya ("White Earth" or "Pale Earth") is a Buddhist monastery situated 25 km southeast of a bridge which is about 127 km west of Shigatse on the road to Tingri in Tibet. The seat of the Sakya or Sakyapa school of Tibetan Buddhism, it was founded in 1073, by Konchok Gyelpo (1034-1102), originally a Nyingmapa monk of the powerful noble family of the Tsang and became the first Sakya Trizin. 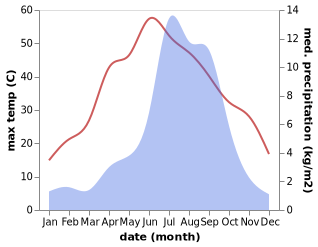