Current time in Toding is now 11:31 PM (Tuesday) . The local timezone is named " Asia/Kashgar " with a UTC offset of 8 hours. Depending on the availability of means of transportation, these more prominent locations might be interesting for you: Shimla, New Delhi, Dehra Dun, Chandigarh, and Shiquanhe. Since you are here already, make sure to check out Shimla . We encountered some video on the web . Scroll down to see the most favourite one or select the video collection in the navigation. Where to go and what to see in Toding ? We have collected some references on our attractions page.

Tholing, Guge in West Tibet. Unfortunately the video is a little over-exposed. ..

Guge was an ancient kingdom in Western Tibet. The kingdom was centered in present-day Zanda County, within Ngari Prefecture of Tibet. At various points in history after 10th century AD, the kingdom held sway over a vast area including south-eastern Zanskar, Upper Kinnaur, and Spiti valley either by conquest or as tributaries. The ruins of the former capital of Guge kingdom are located at Tsaparang in the Sutlej valley, not far from Mount Kailash and 1,200 miles westwards from Lhasa.

Zanda County is a county in the Ngari Prefecture to the extreme south west of the Tibet Autonomous Region of China.

Tsaparang was the capital of the ancient kingdom of Guge in the Garuda Valley, through which the upper Sutlej River flows, in Ngari Prefecture (Western Tibet) near the border of Ladakh. It is 278 km south-southwest of Senggezangbo Town and 26 km west of the 11th century monastery at Thöling, and not far west of Mount Kailash and Lake Manasarovar. The Tsaparang Dzong was located here. Nearby is the Bon monastery of Gurugem. 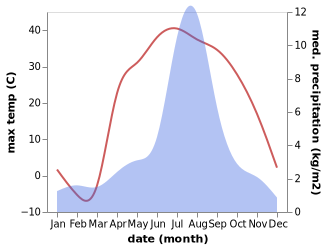