Local time in Axum is now 03:35 PM (Wednesday) . The local timezone is named " Africa/Addis Ababa " with a UTC offset of 3 hours. Depending on your flexibility, these larger cities might be interesting for you: Jizan, Wik'ro, Massawa, Mek'ele, and Mai Uollel. When in this area, you might want to check out Jizan . We found some clip posted online . Scroll down to see the most favourite one or select the video collection in the navigation. Are you looking for some initial hints on what might be interesting in Axum ? We have collected some references on our attractions page.

Pre-dawn procession of the Ark of the Covenant from St Mary's Church through Axum and back to the Church after daybreak. ..

Preview of Carolerich's blog at TravelPod. Read the full blog here: www.travelpod.com This blog preview was made by TravelPod using the TripAdvisor™ TripWow slideshow creator. Learn more about these v ..

The Ezana stone is an artifact from the ancient Kingdom of Aksum. It is a stone monument which documents the conversion of King Ezana to Christianity and his subjugation of various neighboring peoples, including Meroë. From AD 330 to 356 King Ezana ruled the ancient Aksumite kingdom in the Horn of Africa.

Church of Our Lady Mary of Zion

The Church of Our Lady Mary of Zion of the Ethiopian Orthodox Church is the most important church in Ethiopia, and is located in the town of Axum in the Tigray Province. The original church is believed to have been built during the reign of Ezana, the first Christian emperor of Ethiopia, during the 4th century AD, and has been rebuilt several times since then.

The Obelisk of Axum is a 1,700-year-old, 24-metres (78-foot) tall granite stele/obelisk, weighing 160 tonnes, in the city of Axum in Ethiopia. It is ornamented with two false doors at the base and features decorations resembling windows on all sides. The obelisk ends in a semi-circular top part, which used to be enclosed by metal frames.

King Ezana's Stele is the central obelisk still standing in the Northern Stelae Park (containing hundreds of smaller and less decorated stelae) in the ancient city of Axum, in modern-day Ethiopia. This stele is probably the last erected one and the biggest of those remained unbroken. King Ezana's Stele stands 70 feet (21 m) tall, smaller than the fallen 108-foot (33 m) Great Stele and the better-known 79-foot (24 m), so-called, Obelisk of Axum (reassembled and unveiled on September 4, 2008).

Dungur (or Dungur 'Addi Kilte) is the name of the ruins of a substantial mansion located in the western part of Aksum, Ethiopia, the former capital of the Kingdom of Aksum. These ruins are located in the western part of Aksum, across the Gondar road from the Gudit Stelae field. Dungur is known locally and popularly as the Palace of the Queen of Sheba (i.e. the Palace of Makeda in Ethiopia). 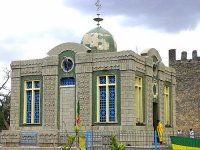 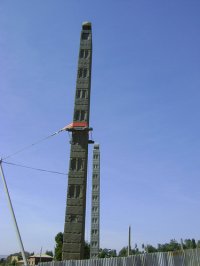 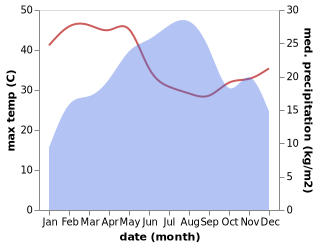