Delve into Nîmes in France

Local time in Nîmes is now 04:00 PM (Sunday) . The local timezone is named " Europe/Paris " with a UTC offset of 1 hours. Depending on your mobility, these larger destinations might be interesting for you: Vestric-et-Candiac, Vergeze, Vauvert, Valence, and Uchaud. While being here, you might want to check out Vestric-et-Candiac . We discovered some clip posted online . Scroll down to see the most favourite one or select the video collection in the navigation. Are you curious about the possible sightsseing spots and facts in Nîmes ? We have collected some references on our attractions page.

Nîmes' Arena, which is still in use, is considered the best conserved from ancient Rome. It's another example of fine Roman engineering and propaganda. The arena still hosts colorful pageantry and mac ..

The Carré d'art at Nîmes in southern France houses a museum of contemporary art and the city's library. Constructed of glass, concrete and steel, it faces the Maison Carrée, a perfectly preserved Roman temple that dates from the 1st century BC. In 1984, twelve architects, including Frank Gehry, Jean Nouvel and César Pelli were invited to submit proposals for the museum. A design by the British architect Norman Foster was selected, and the building was opened in May 1993.

The Maison Carrée is an ancient building in Nîmes, southern France; it is one of the best preserved Roman temples to be found anywhere in the territory of the former Roman Empire.

The Arena of Nîmes is a Roman amphitheatre found in the French city of Nîmes. Built around 70 AD, it was remodelled in 1863 to serve as a bullring. The Arenas of Nimes is the site of two annual bullfights during the Feria de Nîmes, and it is also used for other public events. The building encloses an elliptical central space 133 m long by 101 m wide. It is ringed by 34 rows of seats supported by a vaulted construction.

The Musée des Beaux-Arts de Nîmes is the fine arts museum of Nîmes.

The Battle of Nîmes took place shortly after the capture and destruction of Avignon in 736. Charles Martel failed to capture the Umayyad city of Narbonne but devastated most of the other principal settlements of Septimania, including Nîmes, Agde, Béziers and Maguelonne, which he viewed as potential strongholds of the Saracens. The city of Nîmes and the Roman amphitheatre (turned into a fortress by the Visigoths) were destroyed under the orders of Charles Martel. 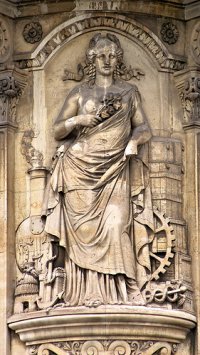 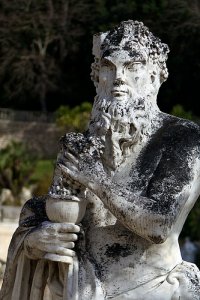 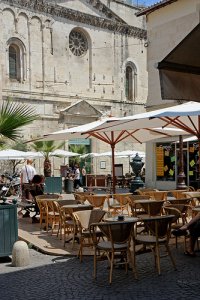 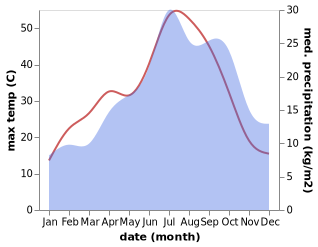