Libreville in the region of Estuaire with its 578,156 inhabitants is a place in Gabon and is the capital of this country.

Time in Libreville is now 09:27 PM (Saturday) . The local timezone is named " Africa/Libreville " with a UTC offset of 1 hours. Depending on your budget, these more prominent locations might be interesting for you: Yaoundé, Douala, Mongomo, Evinayong, and Malabo. Since you are here already, consider visiting Yaoundé . We saw some hobby film on the internet . Scroll down to see the most favourite one or select the video collection in the navigation. Where to go and what to see in Libreville ? We have collected some references on our attractions page.

Stade Omar Bongo is a multi-purpose stadium in Libreville, Gabon. It is currently used mostly for football matches. It serves as a home ground of FC 105 Libreville. The stadium has a capacity of 40,000 people. It is named after Omar Bongo, who was President of Gabon from 1967 to 2009.

Libreville is the capital and largest city of Gabon, in west central Africa. The city is a port on the Komo River, near the Gulf of Guinea, and a trade center for a timber region. As of 2005 it had a population of 578,156.

The Battle of Gabon or the Battle of Libreville was part of the the fighting in French West Africa that occurred in November 1940 as part of World War II. The battle resulted in the Free French forces under General Charles de Gaulle taking Libreville, Gabon, and taking all of French Equatorial Africa from Vichy French forces.

Libreville Hospital is the most important hospital in the African country of Gabon. Located in the nation's capital of Libreville, the hospital has an accident and emergency department which serves much of the country. The hospital treated soldiers during the 2009 Gabonese helicopter crash.

More reading: Wikipedia Article
Located at 0.39 9.46 (Lat./Long.); Less than 1 km away
Tags: Buildings and structures in Libreville, Hospitals in Gabon

Estuaire is one of Gabon's nine provinces. It covers an area of 20,740 km². The provincial capital is Libreville, which is also the national capital. The province is named for the Gabon Estuary, which is at the heart of the province. Estuaire's western edge is the shores of the Gulf of Guinea. To the north, Estuaire borders the Republic of Equatorial Guinea: the Litoral Province in the northwest, and the Centro Sur Province in the northeast. 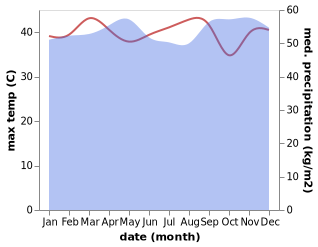