Current time in Ursensollen is now 01:11 PM (Saturday) . The local timezone is named " Europe/Berlin " with a UTC offset of 1 hours. Depending on the availability of means of transportation, these more prominent locations might be interesting for you: Winkl, Sulzbach-Rosenberg, Stockau, Regensburg, and Poppenricht. Since you are here already, make sure to check out Winkl . We encountered some video on the web . Scroll down to see the most favourite one or select the video collection in the navigation. Where to go and what to see in Ursensollen ? We have collected some references on our attractions page.

Kastl Abbey (Kloster Kastl) is a former Benedictine monastery in Kastl in the Upper Palatinate, Bavaria.

The Eh'häusl is an eight-foot wide hotel in the city of Amberg, in the Upper Palatinate of Bavaria in Germany. According to the operator, the Urban Planning Society of the town of Amberg, it is now regarded as "the smallest hotel in the world. " The name of the building, derived possibly from Early New High German Ehalten (for servants) and was probably reinterpreted in the vernacular to marriage house or matrimonial home in the 18th or 19th century.

More reading: Wikipedia Article
Located at 49.44 11.85 (Lat./Long.); Less than 9 km away
Tags: Buildings and structures in Bavaria, Hotels in Germany

The Battle of Amberg, fought on 24 August 1796, resulted in an Austrian victory by Archduke Charles over a French army led by Jean-Baptiste Jourdan. This French Revolutionary Wars engagement marked a turning point in the campaign, which had previously seen French successes.

The Gregor-Mendel-Gymnasium (GMG, Gregor Mendel High School) is a national, public gymnasium in Amberg, Bavaria. It is named after scientist Gregor Mendel. As of 2006 it has some 950 students, of whom 35% are from the city of Amberg, and 65% from the surrounding district. There are some 60 instructors. The school was founded in 1833 as the Königliche Landwirtschafts- und Gewerbeschule.

Amberg-Sulzbach is a district in Bavaria, Germany. It surrounds but does not include the city of Amberg. It is bounded by (from the north and clockwise) the districts of Neustadt (Waldnaab), Schwandorf, Neumarkt, Nürnberger Land and Bayreuth. 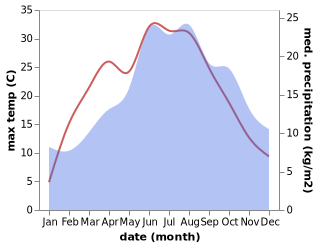