Uersfeld in the region of Rheinland-Pfalz with its 717 habitants is a place located in Germany - some 317 mi or ( 510 km ) South-West of Berlin , the country's capital .

Local time in Uersfeld is now 06:33 PM (Monday) . The local timezone is named " Europe/Berlin " with a UTC offset of 1 hours. Depending on your mobility, these larger cities might be interesting for you: The Hague, Haarlem, Amsterdam, Brussels, and Wiesbaden. When in this area, you might want to check out The Hague . We discovered some clip posted online . Scroll down to see the most favourite one or select the video collection in the navigation. Are you looking for some initial hints on what might be interesting in Uersfeld ? We have collected some references on our attractions page.

Will Turner pilots the latest Turner Motorsport project car, a brand new 2013 BMW M5, around the Nordschleife circuit during a tourist lap session. This was Will's first lap of the 'ring in over 8 yea ..

Büchel Air Base is a military air base in Germany. It is home to the Jagdbombergeschwader 33 (JaboG 33 for short, or Fighter Bomber Wing 33 in English) of the German Air Force (Luftwaffe) and the 702 Munition Support Squadron (702 MUNSS) of the United States Air Force (USAF). Since 1985 the Panavia Tornado is operated from the base, which is capable of delivering B61 nuclear weapons which are stored and maintained by the USAF.

ring°racer is a Formula One-themed roller coaster which was due to open on August 15, 2009 at the Nürburgring race course as part of the Nürburgring 2009 project. It was originally planned to accelerate from 0 to 217 kilometres per hour in 2.5 seconds. parallel to the grand prix track. However, two defects in the launch system mean its opening has been delayed until 2013. On 3 September 2009, a series of explosions in the pneumatic system caused injuries to seven people, and shattered windows.

The Nürburgring is a motorsports complex around the village of Nürburg, Rhineland-Palatinate, Germany. It is located about 70 km south of Cologne, and 120 km northwest of Frankfurt. It features a Grand Prix race track built in 1984, and a much longer old "North loop" track which was built in the 1920s around the village and medieval castle of Nürburg in the Eifel mountains. 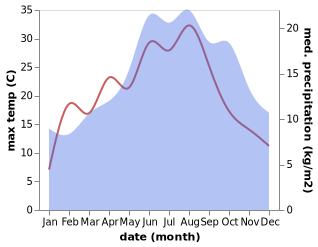