Current time in Düsseldorf is now 09:00 PM (Tuesday) . The local timezone is named " Europe/Berlin " with a UTC offset of 1 hours. Depending on the availability of means of transportation, these more prominent locations might be interesting for you: The Hague, Maastricht, Haarlem, Arnhem, and Amsterdam. Since you are here already, make sure to check out The Hague . We saw some video on the web . Scroll down to see the most favourite one or select the video collection in the navigation. Where to go and what to see in Düsseldorf ? We have collected some references on our attractions page.

Düsseldorf is the capital city of the German state of North Rhine-Westphalia and Center of the Rhine-Ruhr metropolitan region. Düsseldorf is an important international business and financial centre an ..

Video about a Soft-Rafting trip on the river Erft and Rhine from the German City of Neuss to Duesseldorf ..

One day at the end of spring every year, Düsseldorf turns into a little Japanese city: A festival of Japanese culture takes place, and the old town is full cosplayers. Some images of the Japan Day and ..

The Königsallee (literally "King's Avenue") is an urban boulevard in Düsseldorf, state capital of North Rhine-Westphalia, Germany. The Königsallee is noted for both the landscaped canal that runs along its center, as well as for the fashion showrooms and luxury retail stores located along its sides. Nicknamed Kö by the locals, the Königsallee is by far Germany's busiest, upscale shopping street.

Wilhelm Marx House (Wilhelm-Marx-Haus) is an historical high-rise building in the central district of Düsseldorf in Germany. It was the first "Hochhaus" in Germany. Wilhelm Marx House was finished in 1924 (beginning of the construction was in 1922) and was the first skyscraper in Europe. It is 57 meters high and has 13 floors above ground level. The architect was Wilhelm Kreis.

Cartlstadt is a bourough of Düsseldorf and belongs to the central District 1. It is in the south of the Old Town and named after the Duke Carl-Theodor, who founded this borough. Carlstadt has an area of 0.46 km². It is the smallest borough of Düsseldorf. Its economical life is mainly based on upper class shops. One of the three European central offices of Vodafone is in Carlstadt. The Heinrich Heine Institute and the Robert Schumann Society are in Carlstadt.

Breidenbacher Hof is a 5-Star Capella Hotel in Düsseldorf, Germany, located on the Königsallee in the Carlstadt. This nine story hotel was redeveloped by Pearl of Kuwait Real Estate Company, which commissioned Capella Hotels and Resorts to operate the hotel and service its residential apartments. Capella’s founder and CEO is German native, Horst H. Schulze, former President of the Ritz-Carlton Group.

The Kunstsammlung Nordrhein-Westfalen is the art collection of the German Federal State of North Rhine-Westphalia, located in Düsseldorf. United by this institution are three different exhibition venues: the K20 at Grabbeplatz, the K21 in the Ständehaus and the Schmela Haus. The Kunstsammlung was founded in 1961 by the state government of North Rhine-Westphalia as a foundation under private law for the purpose of displaying the art collection and expanding it through new acquisitions. 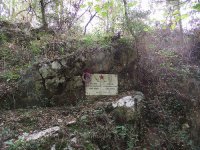 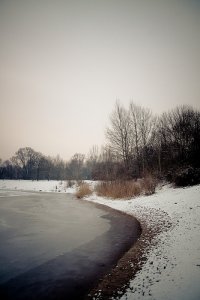 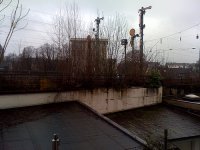 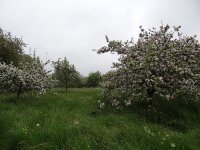 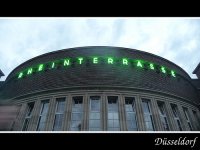