Delve into Amsterdam in Netherlands

Amsterdam in the region of North Holland with its 741,636 residents is a city in Netherlands and is the capital of this country.

Current time in Amsterdam is now 11:59 PM (Saturday) . The local timezone is named " Europe/Amsterdam " with a UTC offset of 1 hours. Depending on your travel modalities, these larger destinations might be interesting for you: Zaanstad, Weesp, Utrecht, Sloterdijk, and The Hague. While being here, make sure to check out Zaanstad . We encountered some video on the web . Scroll down to see the most favourite one or select the video collection in the navigation. Are you curious about the possible sightsseing spots and facts in Amsterdam ? We have collected some references on our attractions page.

How to Learn Anything

I first started writing this as a much-needed lesson plan for my niece and nephew (who are about to enter their high school years) and then figured I'd turn it into a video to make it a bigger deal fo ..

Amsterdam is a wonderful city, especially in spring. This is part-1 of my series (filmed in HDTV using a tripod) about Amsterdam, in April 2007. It shows the canal boats, the Damrak, Dam, Westertoren, ..

The Singel is a canal in Amsterdam which encircled the city in the Middle Ages. It served as a moat around the city until 1585, when Amsterdam expanded beyond the Singel. The canal runs from the IJ bay, near Central Station, to the Muntplein square, where it meets the Amstel river. It is now the inner-most canal in Amsterdam's semicircular ring of canals.

The Royal Palace in Amsterdam (Dutch: Koninklijk Paleis Amsterdam or Paleis op de Dam) is one of three palaces in the Netherlands which are at the disposal of Queen Beatrix by Act of Parliament. The palace was built as a city hall during the Dutch Golden Age in the 17th century. The building became the royal palace of King Louis Napoleon and later of the Dutch Royal House.

Capital of the Netherlands

According to the Dutch constitution Amsterdam is the capital of the Netherlands, although the parliament and the Dutch government have been situated in The Hague since 1588, along with the Supreme Court and the Council of State. Only once during its history was Amsterdam both "capital" and seat of government. Between 1808 and 1810, during the Kingdom of Holland, King Louis Napoleon resided in Amsterdam and declared the city capital of his kingdom and seat of government.

More reading: Wikipedia Article
Located at 52.37 4.89 (Lat./Long.); Less than 0 km away
Tags: Capitals by country, Cities in the Netherlands, Government of the Netherlands

In the Domain Name System, a LOC record is a means for expressing geographic location information for a domain name. It contains WGS84 Latitude, Longitude and Altitude information together with host/subnet physical size and location accuracy. This information can be queried by other computers connected to the Internet.

The UNESCO World Heritage Site known as the Defence Line of Amsterdam (in Dutch named Stelling van Amsterdam) is a 135 km long ring of fortifications around Amsterdam, consisting of 42 forts located between 10 to 15 kilometers the centre, and lowlands that can easily be flooded in time of war. The flooding was designed to give a depth of about 30 cm, insufficient for boats to traverse. 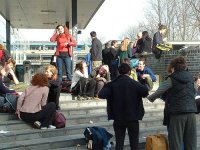 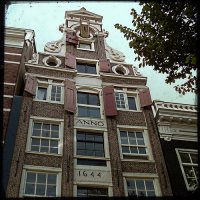 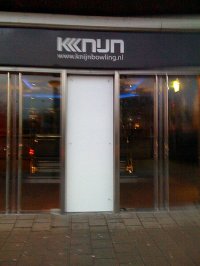 Photo: The Next Web (CC) 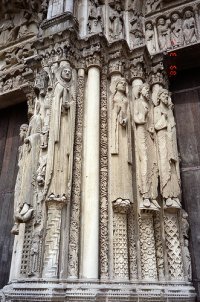 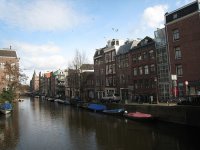 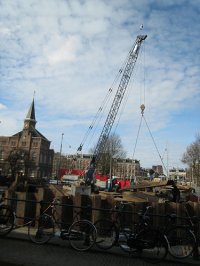 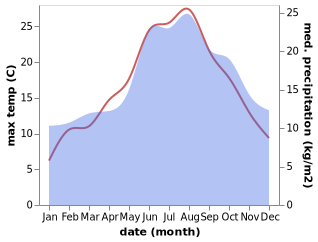