Time in Hamburg is now 01:24 PM (Friday) . The local timezone is named " Europe/Berlin " with a UTC offset of 1 hours. Depending on your budget, these more prominent places might be interesting for you: Copenhagen, Malmö, Tornesch, Oststeinbek, and Lübeck. Being here already, consider visiting Copenhagen . We collected some hobby film on the internet . Scroll down to see the most favourite one or select the video collection in the navigation. Check out our recomendations for Hamburg ? We have collected some references on our attractions page.

Statesboro Blues - Does Dickey Betts need a Goldtop from the fifties to get his signature sound - or will any guitar do? See and hear yourself. All three guitarists play guitars lent to them by Thomas ..

City on the waterfront ..

BMW chase scene from Tomorrow Never Dies (1997) : My visit to the Atlantic Hotel

Compilation of pictures and videos from my visit to Atlantic Hotel, 2011 On location where the BMW chase scene was filmed from the 1997, Bond movie : Tomorrow Never Dies. Audio is from Audioplacid, Vi ..

The Islamic Centre Hamburg is one of the oldest Shia mosques in Germany and Europe. Established in Hamburg, in northern Germany, in the late 1950s by a group of Iranian emigrants and business people it rapidly developed into one of the leading Shia centres in the Western world. Many leading Iranian theologians and politicians have spent time (often years) here, have encountered and studied Western sciences and philosophy and contributed to the Western understanding of Shia Islam.

Außenalster or Outer Alster Lake is one of two artificial lakes within the city limits of Hamburg, Germany, which are formed by the river Alster (the other being the Binnenalster). The size of the Außenalster is 1.6 km². The phrase "outer" refers to the old city walls of Hamburg. The Außenalster was the part of the lake that was "outside" the city walls. Today the old city walls do not exist, instead two car and train bridges, the Lombardbrücke and the Kennedybrücke, span the river.

The Hochschule für Musik und Theater Hamburg is one of the larger universities of music in Germany. It was founded 1950 as Staatliche Hochschule für Musik (Public university of music) on the base of the former private acting school of Annemarie Marks-Rocke and Eduard Marks. Studies include various music types from church music over Jazz to pop music, composition, conducting, instrumental music as well as voice. The theatre academy offers courses in drama and opera and directing in these fields.

St. Johannis-Harvestehude, Hamburg, is a neo-gothic Protestant church built between 1880 and 1882. The church is one of the best-preserved turn-of-the-century monuments of Hamburg.

St. Matthew's Church in Winterhude, Hamburg, is a brick Lutheran church built from 1910 to 1912 in the baroque style. The church is adorned with the colorful windows of Charles Crodel, who also made the stained-glass windows for the main church of St. James's and for St. Mary's Church in Fuhlsbüttel. St. Matthew's windows were created 1961 to 1971, 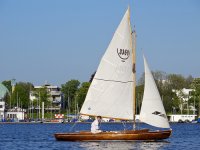 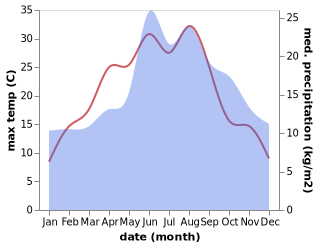