Current time in Wurzburg is now 06:49 PM (Monday) . The local timezone is named " Europe/Berlin " with a UTC offset of 1 hours. Depending on the availability of means of transportation, these more prominent locations might be interesting for you: Waldbuttelbrunn, Waldbrunn, Unterpleichfeld, Unterdurrbach, and Tübingen. Since you are here already, make sure to check out Waldbuttelbrunn . We encountered some video on the web . Scroll down to see the most favourite one or select the video collection in the navigation. Where to go and what to see in Wurzburg ? We have collected some references on our attractions page.

Gerald Finzi (1901 - 1956) A christmas scene: In terra pax Part 2 of 2 The video shows the Monteverdi Choir Würzburg and the Mainphilharmonie Würzburg with their conductor Matthias Beckert at the Chri ..

Sonnenuntergang / Sunset in Würzburg - Part I

The University of Würzburg is a university in Würzburg, Germany, founded in 1402. The university is a member of the distinguished Coimbra Group.

The Würzburg tramway network forms part of the public transport system in Würzburg, in the federal state of Bavaria, Germany. Opened in 1892, the network presently consists of five lines, and is currently operated by Würzburger Straßenbahn GmbH, a subsidiary of Würzburger Versorgungs- und Verkehrs-GmbH (WVV).

The Würzburg Residence is a palace in Würzburg, southern Germany. Johann Lukas von Hildebrandt and Maximilian von Welsch, representants of the Austrian/South German Baroque were involved in the construction, as well as Robert de Cotte and Germain Boffrand, who were followers of the French Style.

Würzburg Cathedral is a Roman Catholic cathedral in Würzburg in Bavaria, Germany, dedicated to Saint Kilian. It is the seat of the Bishop of Würzburg. With an overall length of 105 metres it is the fourth largest Romanesque church building in Germany, and a masterpiece of German architecture from the Salian period.

Mainfranken Theater Würzburg is a theatre in Würzburg, Germany.

More reading: Wikipedia Article
Located at 49.79 9.94 (Lat./Long.); Less than 1 km away
Tags: Buildings and structures in Würzburg, Theatres in Bavaria 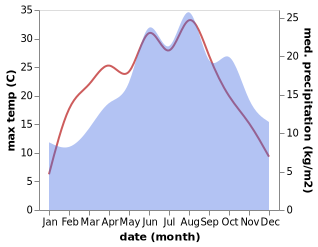