Current time in Kos is now 09:17 AM (Monday) . The local timezone is named " Europe/Athens " with a UTC offset of 2 hours. Depending on the availability of means of transportation, these more prominent locations might be interesting for you: Samos, Pylion, Marmari, Kardamena, and Kalymnos. Since you are here already, make sure to check out Samos . We encountered some video on the web . Scroll down to see the most favourite one or select the video collection in the navigation. Where to go and what to see in Kos ? We have collected some references on our attractions page.

The Tree of Hippocrates is the plane tree (or platane, in Europe) under which, according to the legend, Hippocrates of Kos (considered the father of medicine) taught his pupils the art of medicine. Paul of Tarsus purportedly taught here as well. The Platanus in Kos is an oriental plane (Platanus orientalis), with a crown diameter of about 12 metres, said to be the largest for a plane tree in Europe.

Sleep temples (also known as dream temples or Egyptian sleep temples) are regarded by some as an early instance of hypnosis over 4000 years ago, under the influence of Imhotep. Imhotep served as Chancellor, and High Priest of the sun god Ra at Heliopolis. He was said to be a son of Ptah, his mother being a mortal named Khredu-ankh. Sleep temples were hospitals of sorts, healing a variety of ailments, perhaps many of them psychological in nature.

Pserimos is a small Greek island in the Dodecanese chain, lying between Kalymnos and Kos in front of the coast of Turkey. It is part of the municipality of Kálymnos, and reported a population of 130 inhabitants at the 2001 census. The main industry is tourism, with Greek and other European holidaymakers attracted by its remote location. There are several beaches and a number of taverns, some of which offer accommodation.

HMS Eclipse (H08) was an E class destroyer of the Royal Navy that saw service in the Atlantic, Arctic, and Mediterranean theatres during World War II, until sunk by a mine in the Aegean Sea on 24 October 1943. 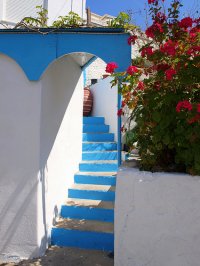 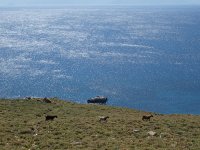 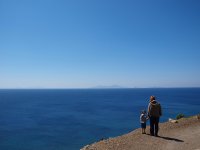 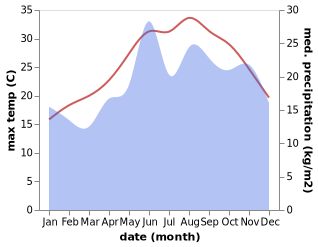