Delve into Cap-Haïtien in Haiti

Current time in Cap-Haïtien is now 12:55 PM (Monday) . The local timezone is named " America/Port-au-Prince " with a UTC offset of -4 hours. Depending on your travel modalities, these larger destinations might be interesting for you: Santo Domingo, Santiago de los Caballeros, San Juan de la Maguana, Salvaleón de Higüey, and Sabaneta. While being here, make sure to check out Santo Domingo . We encountered some video on the web . Scroll down to see the most favourite one or select the video collection in the navigation. Are you curious about the possible sightsseing spots and facts in Cap-Haïtien ? We have collected some references on our attractions page.

www.JARogers.com for details on 'Sailing Haiti..." The music is a Haitian folk song from my music CD 'Ethnic Music' which you can get at www.JARogers.com The photos are a panorama of the sea port of C ..

Some video from a week in Cap-Haitien, Haiti's second largest city, after a medical mission with two friends from the Peace Corps. Music is "Throw Down Your Heart" by Bela Fleck. ..

In Jan 2009 I travelled to Cap Haitien, Haiti with Hamilton's Joy and Hope of Haiti in conjunction with running boutiques The Runners Den and Running Free. The goal was to document a 10k race event ho ..

L'Hôpital Universitaire Justinien is the main hospital in the second largest city in Haiti, Cap-Haïtien. It is located close to the center of the city near the Place d'Armes Cathedral. The hospital is named after Justinien Etienne, a local magistrate who spearheaded and oversaw the construction of the hospital. Justinien Hospital began as a hospice in 1890 and was later transformed into a hospital in 1920 during the United States occupation in Haiti.

Parc St. Victor is a football stadium in Cap-Haïtien, Haiti. It is the home stadium of AS Capoise and Zénith of the Ligue Haïtienne. The stadium holds 7,500 spectators.

Cap-Haïtien (Okap or Kapayisyen in Kréyòl) is a city of about 190,000 people on the north coast of Haiti and capital of the Department of Nord. Previously, named as Cap-Français, Cap-Henri, and le Cap, it was an important city during the colonial period, serving as the capital of the French Colony of Saint-Domingue from the city`s formal foundation in 1711 until 1770 when the capital was moved to Port-au-Prince.

The 1842 Cap-Haitien earthquake occurred at 17:00 local time on 7 May. It had an estimated magnitude of 8.1 on the surface wave magnitude scale and triggered a destructive tsunami. It badly affected the northern coast of Haiti and what is now the Dominican Republic. Port-de-Paix suffered the greatest damage from both earthquake and tsunami. Approximately 5,000 people were killed by the effects of the earthquake shaking and another 300 by the tsunami. 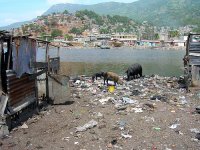 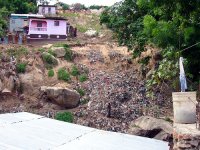 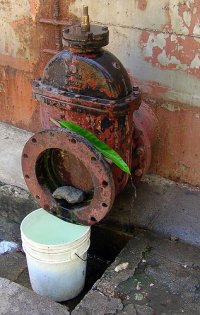 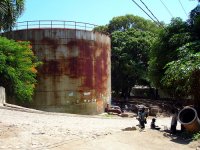 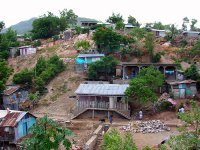 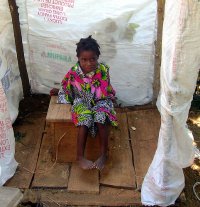 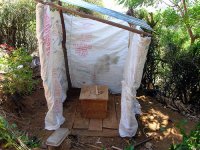 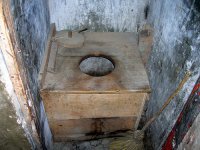 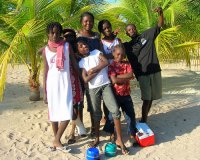